PCC Blog: Taking the fight for funds to Westminster

Here in the West Midlands we have watched as our policing budget has been slashed by central government to the tune of £145 million over the last 7 years. It means we’ve lost nearly 2000 officers. Many, including me, say enough is enough. 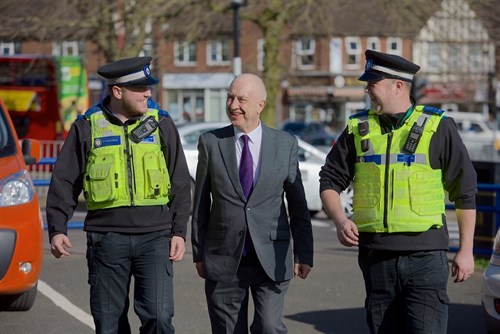 That’s why I decided to use the Annual General meeting of Police and Crime Commissioners in London to press Government Minister Nick Hurd over funding for policing in our region. This was a question and answer session with the newly appointed Minister of Policing and Fire and I had plenty to ask. It’s a well-known fact urban forces, with bigger populations, suffer from higher crime rates. That’s why I pressed him on ensuring money for police forces is distributed more fairly.

Demands on West Midlands Police have been particularly high in recent months after an increase in terror threats, cyber and knife crime nationally. During the Manchester terror attacks our officers were deployed to assist local efforts in maintaining security in the North West. We didn’t hesitate in helping our friends. But co-operation of this sort, whilst vital, stretches policing around the country. That’s why I also called on Mr Hurd to reassure all of us that funding will be available to enable this to continue. I am not alone in my calls for increased funding. Other Police and Crime Commissioners share equal concerns.

Was he listening to us? I hope so. Mr Hurd appeared to hear the concerns raised on the day. He talked about an increased strain and worry amongst the public regarding the changing nature of crimes. What’s more, he asked all the Commissioners to submit evidence backing up their calls for more money and promised it was something the government was looking closely at.

I will be making the case for the West Midlands very strongly indeed.