The Police and Crime Commissioner, David Jamieson, has called for London-style banning orders to be given to the West Midlands, to protect the public from persistent criminal offenders on the region’s public transport network.

The new powers, if introduced, would mean that for the first time transport authority, Centro, would be able to ban repeat offenders from its entire network.

At present, transport authorities in the West Midlands have to apply for separate injunctions for each local authority, meaning that a criminal could, for example, be banned from using buses in Walsall but not in Birmingham.

During a tour of the Central Command Centre for West Midlands Transport Police and Crime Commissioner, David Jamieson, pledged to campaign for change to protect the travelling public. 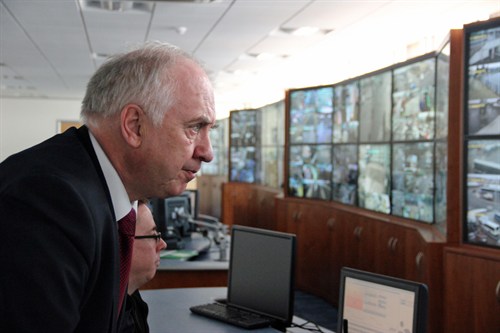 David Jamieson commented: “The current Anti-social Behaviour, Crime and Policing Act (2014) gives only  Transport For London (TFL)  the ability to use Criminal Behaviour Orders (CBO) to ban people, who persistently commit criminal acts on the region’s transport, from using it.

Research carried out by Passenger Focus shows a clear correlation between anti-social behaviour (ASB) and passengers’ perception of personal safety.

Separate research by the Department for Transport suggests that 11.5% more journeys would be made on public transport if passengers felt safer. In the West Midlands that would equal more than 40 million more journeys per year.
David Jamieson continued: “The public are quite right to expect that they should be able to travel on our buses, trams and trains without fear for their safety.

“Giving the West Midlands the ability to apply for one CBO covering its entire network is a key tool that will make our transport even safer and encourage more people to use the service.

“This is a no brainer, the West Midlands should have the same powers as TfL and I will be continuing to campaign on behalf of our community for safer public transport.” 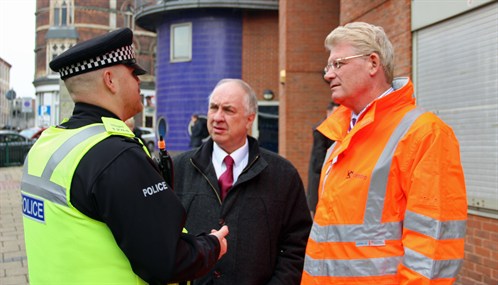