West Midlands Police and Crime Commissioner David Jamieson has written to the Home Secretary asking her to ban the sale of Zombie Crossbows and bring forward tighter laws restricting the sale of weapons online.

During a test purchase age checks were not carried out by when a weapon was delivered. The crossbow is now safely being stored by West Midlands Police.

After his successful campaign to ban Zombie Knives, David Jamieson now wants the government to tighten up the law on other deadly weapons and prevent them falling into the hands of children.

It is currently lawful for retailers to sell weapons like these online. The PCC wants to see the government tighten up laws to make such sales illegal, especially in regard to weapons such as Zombie Crossbows that glorify violence. 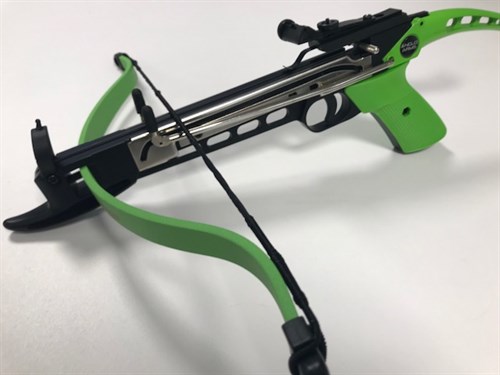 In a letter to the Home Secretary Police and Crime Commissioner David Jamieson said,
“I am writing to make you aware of a dangerous category of weapon that is available without photo id online. This is the ‘zombie crossbow’.

“I have previously worked with the Home Office to amend the Criminal Justice Act, 1988 to strictly prohibit the sale of ‘zombie knives’ was a success which is now reflected in statute. These were highly dangerous blades with slogans such as ‘skull crusher’ on them which were aimed at and marketed for young people, but were far from toys.

“With these crossbows it is a much similar issue, a highly dangerous item that cost little more than £30. The website which I have purchased one from, which will be tested by the National Ballistics Intelligence Service to show the damage that it could cause, is called Hunters Knives who are based in Oldham. They list 40 ‘zombie knives’ with a large ‘banned’ banner running through them. However, the two types of crossbow and bolts are still very much available. These are highly dangerous weapons stylised in a very similar way to the ‘zombie knives’ and I have no doubt that, as a crossbow with 80lbs of draw power that these could easily be used to seriously injure or cause fatality to other people.

“I will be in touch further regarding this but, like with the ‘zombie knives’ this is a deeply concerning item that exists on the market. It was a pleasure to work with your predecessor, the now Prime Minister, on stopping these weapons from getting into the wrong hands and causing serious harm. I hope that you will agree with me that these ‘zombie crossbows’ are in the same category and should not be on the market.

“You have consulted on limiting the sale of weapons to children to ensure that photo id is always required. Those measures need to enter law as quickly as possible.

“Can your department work with me again to tighten the law to help keep our communities safe?” 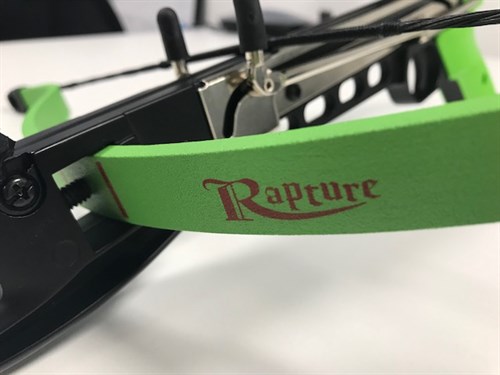