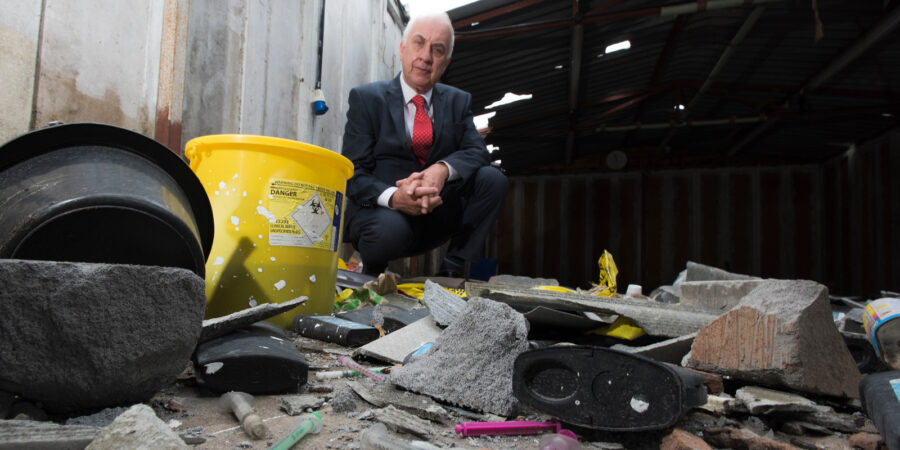 The West Midlands Police and Crime Commissioner is backing a new scheme which will see those caught by the police for ‘possession of a controlled substance’ and not ‘possession with intent to supply’ be put into a programme to divert them away from the criminal justice system. It is hoped that the scheme will not only reduce crime but also save the taxpayer money through cutting drug related crime, which currently costs the West Midlands over £1.4 billion each year.

The PCC is funding the £60,000 pilot scheme, called DIVERT, which will seek to help break the cycle of crime relating to drug offending. People being put through the criminal justice system often cost the taxpayer hundreds of thousands of pounds throughout their lifetime if they continue their offending and it is hoped that this small investment could help 1,500 people during the 12 month pilot.

Currently, those who appear in court charged with low level drug offences are regularly fined or receive a short prison sentence. As part of the new scheme, police officers could issue offenders who meet the criteria with attending a drug outreach/education course rather than being formally put through the Criminal Justice System.

Evidence suggests that short term prison sentences often lead to the offender committing more crime as opposed to engagement with a diversionary scheme. We know that drug habits are often exacerbated in prison and many people in prison first get onto drugs whilst serving a custodial sentence. 1 in 5 heroin users, for example, first use the drug whilst in prison.

Officers will be able to refer those who have committed these low level offences into the voluntary programme, which maybe education or treatment and will be set a number of conditions to complete the course, this means they won’t receive a criminal record. It is voluntary to take up the programme but by not taking part in it will mean if they are caught again, it will not be offered again and they will be prosecuted.

This service will be offered across the seven local authority areas of the West Midlands as a way to divert individuals away from drug related offences. A similar scheme has run in the Thames Valley Police area, where nearly 80% of those who engaged with the scheme did not go on to commit further offences in the following 12 months.

West Midlands Police and Crime Commissioner David Jamieson, who has led the programme said: “If we are going to break the cycle of drug related crime, we need to look at new ways to tackle the root cause.
“This new scheme is tried and tested in other parts of the country and has done an excellent job in saving the taxpayer money and stopped individuals become drawn into a life of offending.

“Throughout this 12 month pilot we will continue to monitor the progress of the scheme and how well it is working to help people. We know that successful diversions away from the criminal justice system is always better and cheaper than putting people into prison or even fines which often go unpaid.”

There isn’t an age restriction on those being referred into the diversion programme, but it is only available to those who would be prosecuted with simple ‘possession of a controlled substance’ offences and not ‘possession with intent to supply’.

Annie Steele, Director of Operations from Cranstoun, who has been commissioned to run the programme by the PCC, said: “Cranstoun is delighted to be working with the West Midlands Police and Crime Commissioner to deliver the new DIVERT scheme across the West Midlands.

“We believe everyone should have the opportunity to live healthy, safe and happy lives. By diverting people from drug-related offences to a specialist support programme, we can engage with individuals who may never seek treatment. In doing so, we can work with them to address their use of drugs, reduce harm and break the cycle of drug-related crime.”

Superintendent Jane Bailey, the West Midlands Police force drugs lead, said: “This is a fantastic scheme which will be able to offer help and support to those in need and in some cases, may help save lives.

“Drug users often find themselves on a downward spiral due to their addictions and they often commit crime to fund their habit.

“However, they are also often some of the most vulnerable within our communities, so this project will help them seek help to fight their addictions and divert them away from a life of crime.

“The scheme also offers support to young people, who are involved in drug taking. It will assist by offering early intervention and support to help them stay in education and reach their potential.

“While those who are more heavily involved in crime, or are dealing drugs, will be offered support via our drug referral agencies, we will continue to deal with them properly for criminal matters.

“The wide range of support which will be on offer as part of this scheme will enable people to get the help they need. Ultimately ending the cycle of drug addiction and crime for those who chose to engage.”