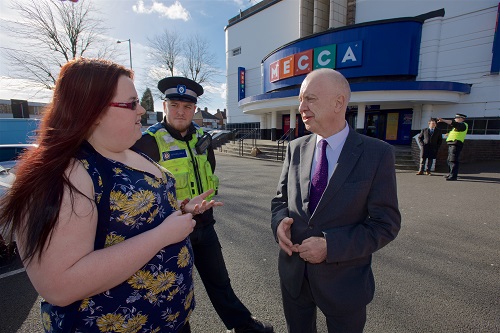 The West Midlands Police and Crime Commissioner has reacted to the Mayor’s Economic Recovery plan saying it is a small step in the right direction but insufficient to tackle the ticking time-bomb of youth unemployment.

The West Midlands Police and Crime Commissioner, David Jamieson said: “I have been warning for some months of the ticking timebomb of youth unemployment and the knock-on impacts on crime, disorder, youth violence and organised crime. I think this is one of the most serious threats we face. It is disappointing that the Mayor’s economic plan doesn’t acknowledge this and is weak in terms of support for young people.

“I am also concerned that these proposals also need to be supplemented by a major local plan to support vulnerable young people, so that they don’t fall behind and add to the long term unemployed in future.

“Whilst a small step in the right direction this plan also fails to recognise the income inequalities that exist across the West Midlands and the differing pressures that different areas will face.

“There is no job guarantee or retention scheme proposed, and there is insufficient support for apprenticeships. These plans will help fewer than 13,000 apprentices a year and therefore won’t do enough to tackle the immediate crisis of youth unemployment. I am also worried that some of the schemes alluded to in the Mayor’s package have a scent of re-announcement around them.

“I fear that even if the government enact this plan in full it will fall far short of what the region needs and risks a long term downturn in economic terms and a rise in disorder, akin to the awful years of the early 1980s.

“I fear that without a more ambitious programme the economic disaster of Covid-19 will create an even longer lasting social scar on communities. I will be publishing a more ambitious plan that I intend to use to hold other public bodies to account with shortly.”


The PCC recently published  ‘A Future Generations Deal’ which called for job guarantee schemes for young people to fight off the ticking time-bomb of youth unemployment and crime.