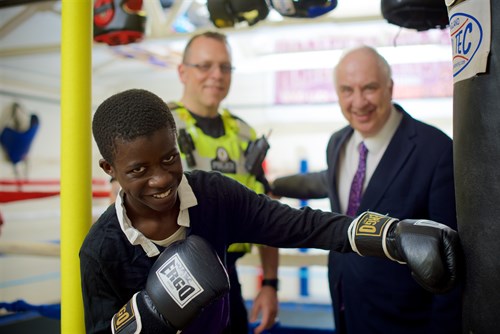 Cash from criminals has been put to good use – an after-school boxing club in the Black Country.

A total of £1,000 Proceeds of Crime Act (POCA) funding has been given to the project from the West Midlands Police and Crime Commissioner.

The 12-week club has been running at Warley Boxing Club for youngsters from Ormiston Sandwell Community Academy.

Twelve students have taken part in the scheme, which has boosted their self-esteem, improved their behaviour and increased their fitness.

It was set up by Sergeant Gary Capewell from Oldbury Neighbourhood Policing Team.

West Midlands Police and Crime Commissioner David Jamieson said: “I was so impressed with this club when I visited: the students were incredibly strong and disciplined and the coaches were an absolute credit to the community.

“This club has been funded by POCA cash, meaning the ill-gotten gains of criminals have been spent on something good and worthwhile for the benefit of law-abiding citizens.

“I would urge anyone with a similar idea or existing community cause to apply for such funding, which is now named the Active Citizens fund.”

Sgt Capewell added: “The club has been good for the students’ development but also allowed for them to interact with the police in a positive light. After the 12 weeks, there will also be follow-up classes within the school that all students will have access to.

“The students attending have been brilliant and really thrown themselves into it. We have identified a couple with real talent who have had access to a sport that they wouldn’t normally have access to. They have all however said they would like to carry on with the club after the course has finished.

“This has made the children not only healthier but disciplined and has improved their attitude and behaviour. I would absolutely urge other groups to apply for funding.”

Active Citizens will involve nearly £1 million of criminals’ cash. Over the next few months, local police commanders will be talking to community members to involve them in the decision-making process. There will also be information events within the community.

Warley Boxing Club coach John Nash added: “Boxing is a release for the kids, it offers them something different. They come to the gym and they may think they’re Jack the Lad but they are soon working hard and buckling down. It shows them there is another way of life – something different to a life of crime.

“There is nowhere to hide as a boxer, it’s all about physical fitness, mental discipline and dedication.  They also have a laugh and a joke at the gym, they make friends: there is no one judging them or they don’t have to prove anything. Sport is an outlet. It is great to see the cash from criminals spent on something like this: something good coming from something bad.” 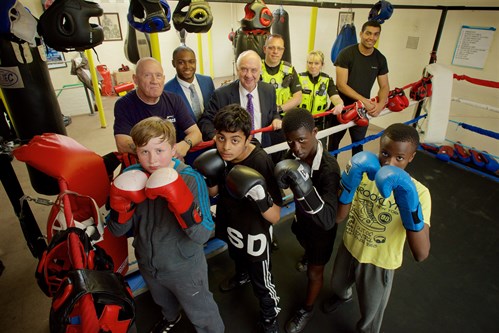