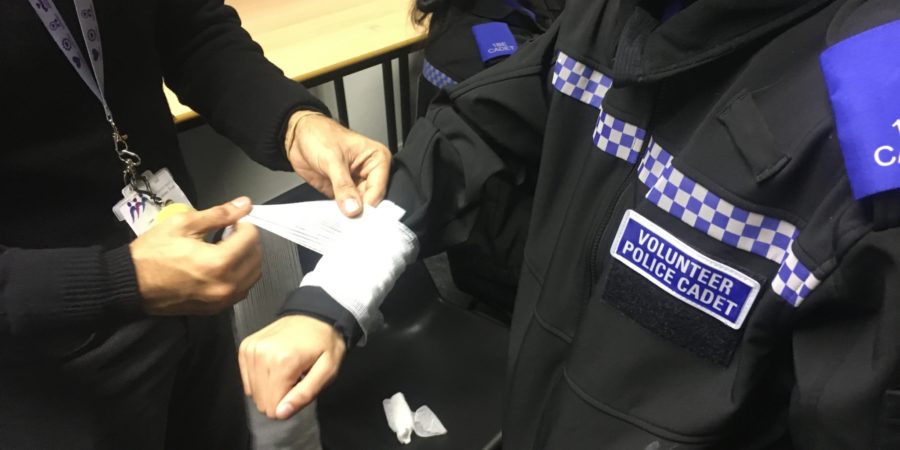 The West Midlands Police and Crime Commissioner is funding interactive workshops across the region, to reduce fatalities linked to knife crime.

Street Aid has been given a total of £37,000 by David Jamieson, to fund training programmes across Birmingham, Wolverhampton, Coventry and Walsall.

The project delivers training courses on emergency first aid, conflict resolution, consequential thinking skills, resilience and the impact of carrying weapons – not only on individuals, but on the community as a whole.

In the time it takes the emergency services to arrive, life-saving action can be taken by bystanders. By giving young people the knowledge and skills to act, should the worst-case scenario happen, lives can undoubtedly be saved.

The project aims to equip young people with the knowledge and skills which are essential in dealing with the effects of violence.

Sessions are two hours long and are held at schools, colleges, community and youth organisations for young people aged 14-24. This targeted group are considered particularly vulnerable to getting drawn into criminal activity or antisocial behaviour.

Last week, Street Aid also delivered a session to our West Midlands Police Cadets, who learnt how to do CPR and how to put an unconscious casualty into the recovery position.

The workshops cover the types of injuries which may be a result of conflict on the street. The training covers injuries such as gun shots, knife wounds and acid attacks.

All sessions are delivered by qualified trainers and include practical, scenario-based exercises and group discussion.

The project is funded through the Police and Crime Commissioner’s Active Citizens Fund, a scheme which awards money seized from criminals under the Proceeds of Crime Act to groups aiming to reduce crime and increase community safety.

The money can’t be used to pay for additional police officers as the fund increases and decreases from one year to another.

Assistant Police and Crime Commissioner Waheed Saleem, added: “Street Aid is a great example of a project which is making a real difference to communities across the West Midlands.

“Equipping young people with the skills and knowledge to respond to difficult, and often life-threatening situations, will help in reducing conflict on the street and the rise in violence throughout the region.

“These workshops are crucial in acknowledging issues that young people are facing and breaking down barriers of communication.”

Chris Gowlett, Director of Street Aid added: “The Active Citizen Fund has given us a fantastic opportunity to roll out delivery of Street Aid across the West Midlands.

“The funding has allowed us to work closely with a wide range of young people in multiple areas, developing their consequential thinking and conflict resolution skills in order to help them play an active role in making better decisions and understanding the impact their actions can have on others.

“Without the Police and Crime Commissioner’s Active Citizens Fund, this work would not have been possible.”

The projects in Birmingham East and Wolverhampton received £6,000 of Active Citizens Funding and began in October 2019. Walsall have received £20,000 worth of funding and Coventry, £5,000. These two projects are due to start in January 2020.