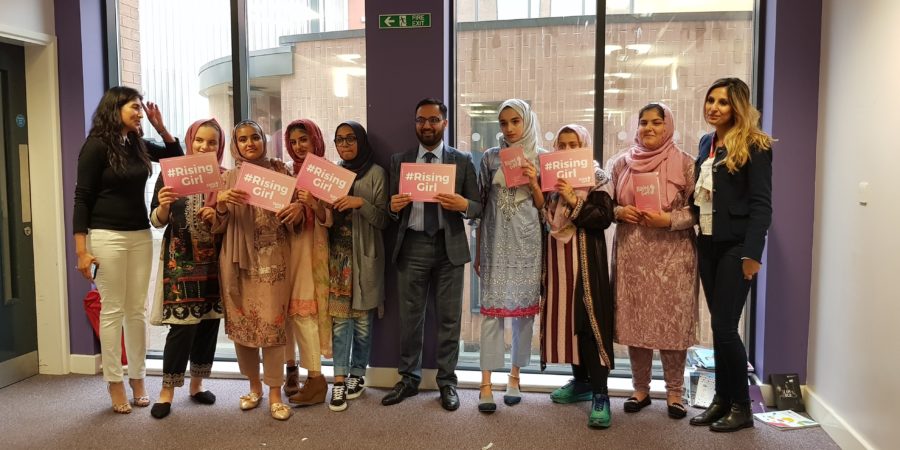 The West Midlands Police and Crime Commissioner has funded a project which aims to tackle social issues such as domestic abuse, forced marriage, honour based violence and mental wellbeing.

David Jamieson has provided £5,600 to Rising Girl, which empowers girls and young women to be more confident and improve their safety.

The money will be spent expanding the project across schools in Birmingham.

Rising Girl was founded to inspire and help girls and young women to rise above adversity. The aim of the initiative is to build up their confidence and improve on their emotional resilience.

The Rising Girl charity, together with Barnardo’s, has developed a bespoke school-intervention programme that seeks to work with 20 girls and young women aged 14+.

Rising Girl and Barnardo’s have worked together to research and design a project to deliver to young women in Birmingham Schools over an 8-week period.

The programme will start in Saltley Academy, Washwood Heath Academy and Waverly Studio.

Assistant Police and Crime Commissioner Waheed Saleem, said: “The Rising Girl project is aimed at giving young girls the confidence that they need to rise above adversity and solve any challenges which they may face.

“The project has already successfully been piloted in Bordesley Green School in Birmingham and this additional funding will mean this excellent project can be expanded into other schools and help more young people.”

Chair of Rising Girl Emb Hussain, said: “This is the first programme of its kind to help girls rise above adversity.

“Rising Girl researched the idea of the Rise Together programme and shared it with Barnardo’s who they worked with to design and develop a six week programme to deliver to young girls in Birmingham Schools over an 8-week period. The supplement two weeks of the programme has been developed by the Rising Girl team.

“The ‘rise together’ programme empowers those who may be effected directly or indirectly of issues such as forced marriage and domestic violence or who may have witnessed someone else who may have been a victim of child sexual exploitation, honour based violence and the subsequent mental health issues.

“The aim of the initiative is to build up their confidence and improve on their emotional resilience and allow them to overcome their obstacles and stay on in education.”