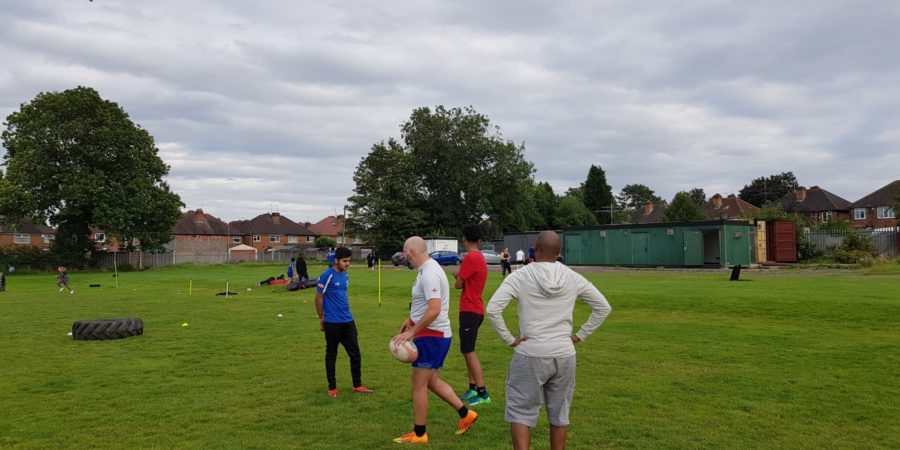 The West Midlands Police and Crime Commissioner has provided funding for a rugby club in Erdington which offers activities for young people during the summer holidays.

Earlier this year David Jamieson announced an investment of £600,000 to provide activities for young people and to reduce violence and the club has received over £16,000 from this fund.

The PCC is investing hundreds of thousands of pounds to reduce the risk of young people in the West Midlands committing and being victims of violent crime over the summer holidays.

The Erdington Rugby Club is engaging with young people aged 14-16 in a 6 week programme.

The sessions run three days a week from 5pm to 8pm.

The club provides young people with the opportunity to get involved in rugby and cricket and the session are delivered by qualified coaches.

The project gives young people particularly from disadvantaged backgrounds access activities which they may not be able to otherwise access.

The aim of the initiative is to get young people engaged in activities so that they can make a positive difference in their community.

The scheme is designed to encourage kids from across post codes of north Birmingham to integrate through the sports and avoid future post code based gang violence and anti-social behaviour.

As well as playing sport the young people who attend the sessions will be given the chance to see Wasps play a Premiership rugby game in Coventry.

Deputy Police and Crime Commissioner Ashley Bertie said: “The rise in violent crime across the country and here in the West Midlands has been well documented. The region has seen an 85% rise in knife since 2012.

“The PCC is investing over half a million pounds to provide diversionary activities for young people in the West Midlands.

“The Erdington Rugby Club is an excellent example of project which is helping get young people off the streets and giving them a positive alternative.

“The club is providing great opportunities for young people to make new friends, learn new life skills and make a positive contribution to their local community”.

Andy Truman from Erdington Rugby Club said: “The summer camp is a great initiative and we are delighted to have secured funding from the Police and Crime Commissioner to make it happen.

“We are successfully engaging with young people from the local community to get them off the streets and provide them with a positive activity”.