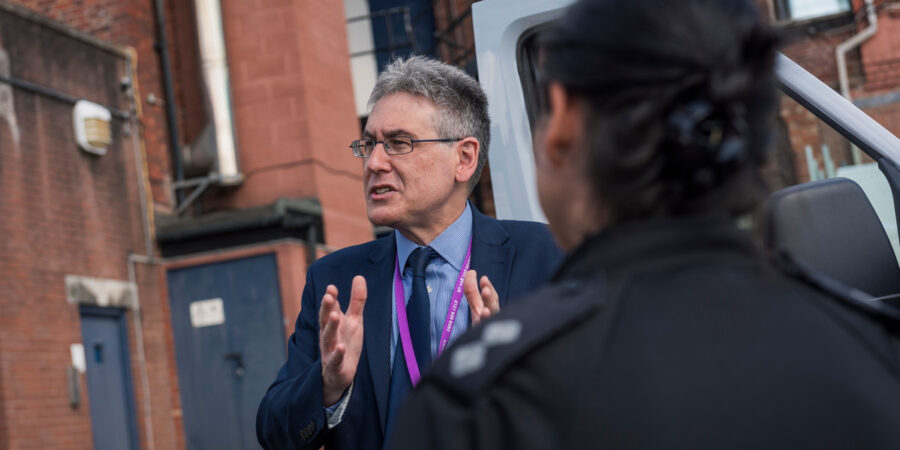 He was joined by Assistant Police and Crime Commissioners Tom McNeil and Cllr Wasim Ali.

They heard from those with experience of working to tackle serious violence. They included charities and organisations working in communities to reduce gang tensions, empower young people and get weapons off the streets. He also heard from people who had lost loved ones to violent crime.

This was the first in a series of events which will be held over the coming weeks. It follows a four week ‘call for evidence’ in which the people of the West Midlands and organisations were invited to share their views with the PCC on their priorities for policing in the region.

Violent crime has risen across the West Midlands and the country in recent years. PCC Simon Foster says tackling it is at the ‘top of his list’.

He said: “In recent years we’ve seen some shocking incidents. People needlessly losing their lives to violent crime is heart-breaking for families and communities. Tackling these crimes and their root causes is right at the top of my agenda for the coming years.

“There’s lots of work being done by so many people and organisations who I heard from yesterday. Having their views feeding in to the Police and Crime Plan is important to make sure that voices are not just heard, but also listened to, so that the necessary action can be taken.

“The Violence Reduction Unit is working closely with communities to address many of the underlying causes so as to prevent violence and there is a lot more to be done.

“I want to tackle county lines in the region. Organised drug gangs are responsible for ruthlessly exploiting young people and putting their lives at risk.

In the coming weeks the PCC will be hosting a number of other events focusing on other key areas for policing in the West Midlands.