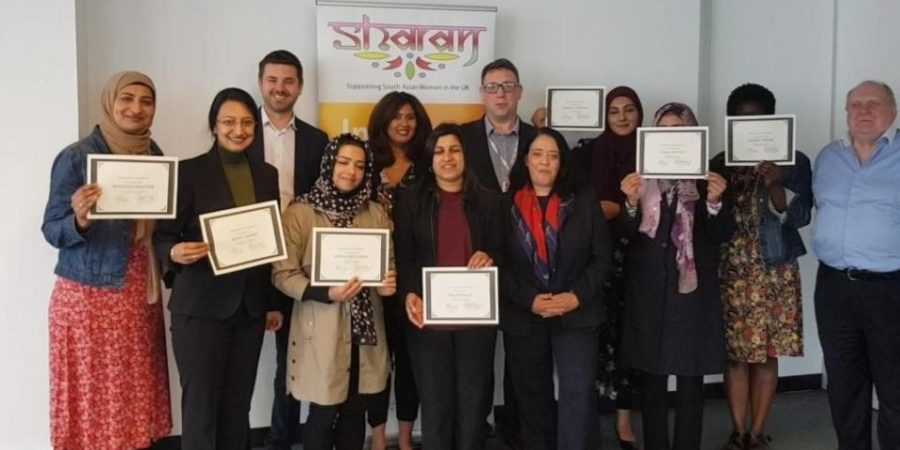 The West Midlands Police and Crime Commissioner has funded a project which helps support women affected by abuse to enter or re-enter the work place.

David Jamieson has given £12,890 to the Sharan Project through his Victims Fund, which helps pay for support services for people traumatised by criminal activity.

The Sharan Project is a BAME specialist charity, which supports women who have been affected by abuse or who are at risk of being disowned due to forced marriage or honour based abuse.

A forced marriage is a criminal offence in the UK and takes place against someone’s will. Emotional, physical or financial pressure may be used to force the victim to marry, often by their families.

Honour Based Abuse is a violent crime which has been committed to defend the honour of a family. This practise is used to control behaviour and protect cultural or religious beliefs.

The four week employability programme aims to help increase employment opportunities for those who lack work experience, are actively seeking employment or are feeling isolated.

The programme is designed to empower the women, rebuild their lives and increase their confidence.

Attendees will have support with CV writing, job searches, interview coaching and are provided with a full interview outfit, mobile phone and tablet.

The programme is available to those aged 19 years and above and is open to all women who are residents in the following areas:

The classroom-based course is split into four modules including employability, independent living and customer services.

At the end of the programme, the women will be invited to a celebration event to mark their achievements and obtain their certificates.

In May this year, the Sharan Project delivered the first series of employability courses. The two week programme was fully attended and all candidates successfully completed the course.

Following the course, four candidates’ secured interviews after the first week and one candidate is now in full time employment.

The West Midlands Police and Crime Commissioner David Jamieson, said: “Since my election in 2014, supporting victims of crime has been one of my top priorities.

“The Victims Fund is committed to helping victims of crime and has been making a real difference to people’s lives.

“The launch of this new four week programme will ensure that those who have experienced domestic abuse, forced marriage or honour based violence have a chance to regain their independence and get back into the work place.”

Polly Harrar from The Sharan Project, added: “Following the success of the first Employability Programme we are delighted the next course is being rolled out further.

“This free course gives women the chance to obtain two City and Guilds qualifications and access to e-qualifications in food safety, personal health and well-being and equality and diversity,

“The programme is aimed at women from all backgrounds who may have been affected by abuse or crime, to give them the skills and confidence to seek paid employment.

The next course is being held from 09.30 – 15.00 each day between 30th September – 25th October and is delivered in partnership with Go-Train, Smartworks Birmingham and DWP.