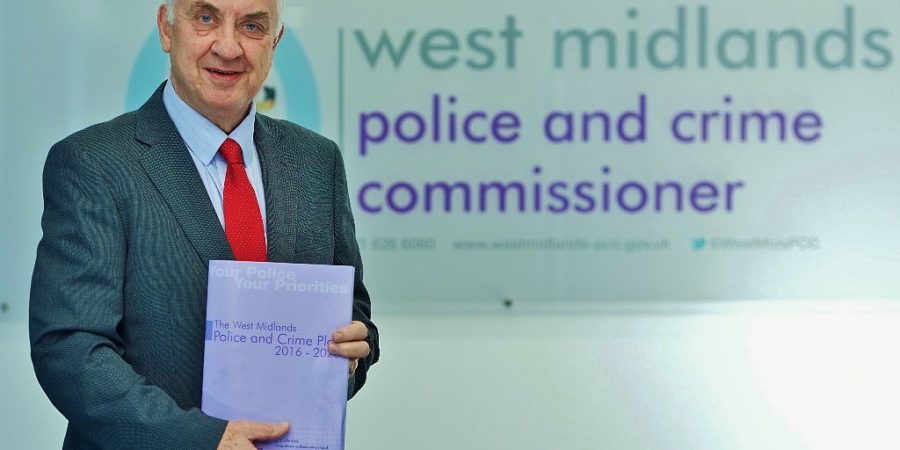 West Midlands Police and Crime Commissioner David Jamieson has published a major report calling for ‘A Future Generations Deal’ to avoid the ticking time bomb of youth unemployment and crime in the West Midlands.

The PCC is proposing that job subsidies are brought in to ensure the next generation isn’t facing a lifetime of unemployment and crime. David Jamieson is also proposing that there are transition funds put in place so those finishing an apprenticeship are able to continue their careers, as well as support for those who do not have access to digital devices that are crucial for distance learning, with chaotic school openings leaving some young people set to be out of the classroom for up to six months.

Without this significant support the PCC believes that we are set for a large rise in the number of young people who become involved in crime and exploitation, including through the county lines drugs trade.

To tackle the issue the report recommends putting in place measures to protect against a long term rise in youth unemployment.

“I am profoundly concerned about the potentially devastating effect that the current Covid-19 crisis could have on younger people in the West Midlands.

“Most leading economic commentators are predicting a huge rise in unemployment; a hardship that our young people may have to endure for an unspecified period of time. The correlation between unemployment and criminality is well known.

“As the year progresses, we could see large numbers of young people find that there is no job for them and they may have very limited opportunity for paid employment once the lockdown is lifted. In my view, this is a ‘ticking time bomb’. Many of these young people, particularly young men, could well be drawn into antisocial behaviour, which in some cases will graduate into serious violence and crime.

“I am also deeply anxious about girls and boys of school age, all of whom are missing a substantial part of their education due to the lockdown. Tragically, this means that some children will be missing at least 6 months of their schooling. Many, particularly pupils already struggling with academic expectations and/or those from disadvantaged families, may find it extremely difficult to return to their studies with the rhythm and work discipline that the school environment brings.

“Again, the concern is that some of these children will drift into the hands of organised criminals, into gangs or ‘County Lines’ operations, as we have seen so starkly with children who were excluded from school prior to lockdown. There is an urgent need to address the potential consequences, and this is why I am bringing ideas to the table for urgent consideration by the government, the police, the West Midlands Mayor and Combined Authority, local authorities, trade unions, the third sector and the business community.

“The social and economic cost of inaction at the current time could be considerable. After the furlough scheme ends, we will be paying vast amounts in unemployment benefits as well as potentially facing a substantial bill for the cost of increased crime. We need to use our limited public resources to best effect. This is why I believe we should ensure funding is shifted to encouraging employment, skills and knowledge development and economic activity, rather than funding the consequences of economic collapse.

“Ignoring the urgency of this problem would leave lasting damage for the young people themselves, and for our wider society.”

The report from the PCC calls for specific measures to be put in place by government and regional leaders. Some of the measures include:

For young people out of work:

For vulnerable children and young people:

“I’ve been working closely with the Police and Crime Commissioner to ensure plans are in place to deal with the effects on crime when restrictions are lifted.

“I share the PCC’s concern about potential unemployment and its implications on crime. This is a useful report that will help West Midlands Police focus its efforts on protecting young people.”

“At this time of uncertainty, what we need for young people is a plan for the future and how we will be supported.

“This report does just that. At a time of rising unemployment and a the country moving in an unclear direction it is important now, more than ever, that we have a roadmap to getting us back on track.

“I fear if we do nothing for young people coming out of this crisis, my generation could lose our careers before they even begin.”

“At The Children’s Society we know that the current situation is making some children and young people more vulnerable, both to risks now and in the longer term.

“Planning ahead and preparing for the Covid recovery is crucial to help keep children safe. As this report recommends, a focus  on providing positive opportunities for children and young people will be a vital part of protecting them.”

The PCC is very supportive of the lockdown, and school closures, but wants to make sure that as the ‘recovery phase’ of the crisis approaches proper plans are in place for vulnerable young people and those at risk of becoming unemployed to avoid a Summer crime wave.

The PCC’s report has been authored by Strategic Adviser Tom McNeil.