PCC supports scheme to help criminals turn their lives around

A mentoring scheme which is successfully reducing domestic violence in Coventry is being extended, thanks to the support of a £10,000 grant from the Police and Crime Commissioner’s Proceeds of Crime Act fund. 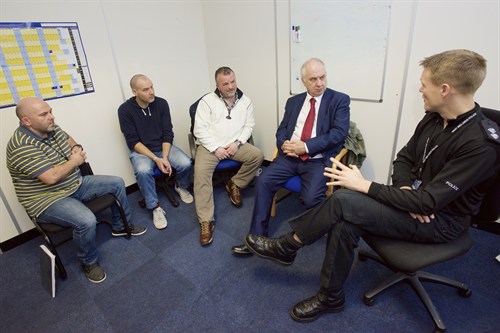 The scheme, which is run by Mentoring West Midlands, targets people who are judged to be high-risk, serial domestic abusers, gives support to those most in need of help to change their behaviour.  It is working so well that it is now going to be extended to include people locked into other patterns of offending behaviour such as drug habits, prolific burglary, robbery and vehicle crime which have a significant impact on the residents of Coventry.

Police and Crime Commissioner David Jamieson said:  “Helping a criminal to make a fresh start and change their behaviour is not only hugely beneficial in reducing crime and protecting potential victims, it is also a very good use of resources.   The cost of preventing crime at source is a fraction of the cost of investigating a crime after it has taken place, together with all the additional knock on expenses of the judicial system and possible medical and emotional support needed by the victims.

“This scheme is about helping to turn lives around in a more positive direction.  This is good for the individual and good for everybody, whose lives they affect.”

Offender Management Supervisor Sergeant Rebecca Farr said:   “We are finding that the majority of people who take part actually want to change from their lifestyles of violence and criminality, but don’t know how to break free.  Having witnessed the success of the Domestic Abuse mentoring programme, I wanted to expand this to serious acquisitive crime offenders to see if it could have the same success.

“The mentoring programme focuses on the future, recognising what is needed and the ‘possible’ and not on the past and what has gone.  With persistence, partnership, methods and consistence, we know that it is possible that people who are thought to be very far from the labour market, stand a chance of getting into work and living more settled and safer lives.”