PCC to hold summit on unauthorised traveller encampments on Friday

The PCC will be bringing together local councils, the police, and traveller groups to work on a solution to unauthorised encampments. Neighbouring Warwickshire PCC Philip Seccombe will also be attending to update on a recent summit he held and work on a regional approach so unauthorised camps do not simply move around the region.

The summit will look at the issues the West Midlands is facing, what is working and what is not and if additional powers are needed for local agencies.

The Police and Crime Commissioner’s move follows years of frustration from all concerned at the lack of a workable solution. 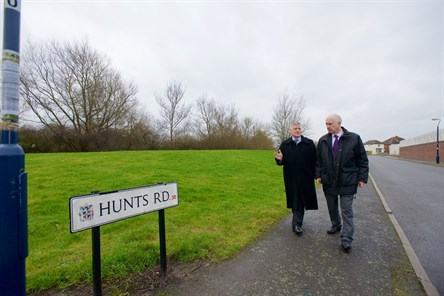 “Effectively dealing with unauthorised traveller encampments is a really important issue that requires us all to work together.

“I have organised this summit in response to calls from the public and to produce practical recommendations that will make a difference.

“I hope that best practice from across the region will be adopted and that proposals for extra powers from the government emerge.”

Steve McCabe MP for Birmingham Selly Oak, who will be attending the summit said:

“I am really pleased that our Police and Crime Commissioner is holding a summit to discuss the issue of unauthorised encampments that have been a real problem in my constituency, Birmingham and the West Midlands over the last few years. Last year in my constituency we had a situation where the police and the council were playing cat and mouse where they would evict an unauthorised camp only for them to move to a different part of the constituency. It costs the council a lot of money to clean up the mess and it just isn’t fair on local residents. We need to find a solution to this problem and I am looking forward to the opportunity to discuss this with the police, local councils and local people this Friday.”

The summit will be a public meeting at Lloyd House in Birmingham that will also be webcast live.

11:25 Experience of the Travelling Community and ‘Negotiated Stopping’ by Helen Jones, CEO of LeedsGATE