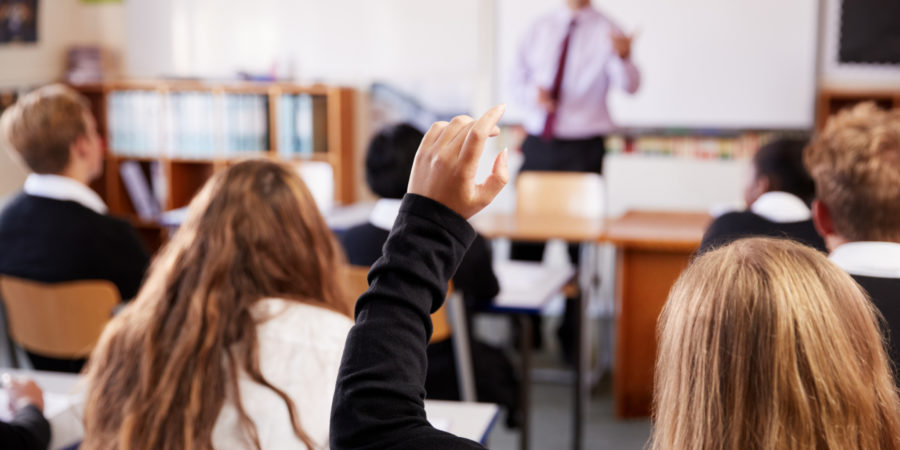 The West Midlands Police and Crime Commissioner has invited school leaders to a summit in a bid to tackle the problem of rising levels of school exclusions in the region.

David Jamieson will meet with around 100 senior teachers from schools and colleges from across Birmingham, Solihull, the Black Country and Coventry at Birmingham City’s St Andrew’s stadium on 28th March.

The objective is to discuss the problem of rising levels of exclusions at schools, the link to violent crime and how the PCC might be able to help with specialist intervention programmes. Studies have shown that excluded pupils are more likely to go on and commit crime than students who remain in mainstream education.

The West Midlands has followed a national trend which is seeing an increasing number of pupils being permanently excluded. The number of excluded children has nearly doubled from 440 in 2010 to 727 in 2017. Across England the number of exclusions has risen from 5,740 to 7,720 during the same period.
The PCC’s top priority is the safety of students and staff within schools and insists head teachers must always have the right to remove unruly or dangerous pupils from their schools.

However, Mr Jamieson is concerned that after almost a decade of cuts to spending on education by the government, increasing class sizes means schools can’t always support disruptive pupils at an early stage in the way they would like.

The PCC is working very closely with a number of schools on projects designed to steer children away from crime. Over half term the PCC spent a quarter of a million pounds ensuring children had access to a full range of positive activities.

But the PCC will also use the summit to raise concerns that a minority of head teachers are excluding pupils with poor predicted grades before they sit their GCSEs in a bid to protect the school’s league table position. He believes the practice, known as ‘off-rolling’, fuels violent crime.

Across the country over 19,000 pupils did not progress from year 10 to year 11 in state funded secondary schools. The Children’s Commissioner has expressed concern that some of these pupils may be falling through the cracks and entering a life of crime.

Mr Jamieson says schools should be fined if found to be off-rolling.  The hope is that the financial penalty would never be needed, but would act as a deterrent and would discourage off-rolling. However, if a fine was ever issued then the money raised would be ring fenced and used to pay for the education of pupils excluded from mainstream schools.

OFSTED will also attend the summit and will offer their views on the links between excluded pupils and crime.

The West Midlands Police and Crime Commissioner, David Jamieson, said: “As a former teacher I understand how disruptive some pupils can be and how difficult a job teachers have. The overwhelming majority work tirelessly with pupils to ensure their behaviour is maintained.

“However, after years of cuts in schools, I also know that the job is becoming increasingly difficult.

“I am concerned that there is a growing number of excluded young people who have little to no educational provision and we are seeing those children end-up in gangs and committing crimes as a result.

“I am also particularly concerned about the ‘off-rolling’ of pupils who are not necessarily disruptive, but are lower performers than other pupils. In pursuit of improved league tables we are letting down huge numbers of our young people and it is having a big impact on violent crime.

“There is growing evidence that a number of these young people are also at increased risk of exploitation.

“I hope in future I can work even more closely with schools to provide funding for activities that will divert children away from crime and focus their minds on positive activities.”

Senior teaching leaders at the summit will also hear from high ranking police officers who work closely to combat knife crimes, schools who have all but eliminated the practice of school exclusions and third sector organisations who support excluded children.

One of the schools in the West Midlands which has tackled the problem of exclusion is Broadway Academy. It hasn’t permanently excluded a pupil in 5 years. Ron Skelton is the head teacher there, he said: “At Broadway we have worked extremely hard to identify and support children who are at risk of exclusion at an early stage.

“A number of years ago I set up a new behavioural unit. In essence it was a service that we provided for pupils who were at risk of being excluded.

“It allows us to challenge their behaviour by providing counselling, mentoring and work closely with the young person’s family.

“This approach has been highly successful and has meant we have avoided excluding any pupil in the last five years.”

“This approach has allowed us to offer support when needed and provide a strong and positive education with all young people who attend our school.”

Cllr Jayne Francis, Cabinet Member for Education, Skills and Culture, said: “Birmingham, like other cities, is currently experiencing an unprecedented crisis, with levels of knife crime increasing; this worrying trend is set against the backdrop of continuing government cuts that affect youth services, early intervention and school budgets.

“It is clear that we can only tackle knife crime together, and schools particularly have a key role.

“Despite the challenging circumstances schools are operating under, it is encouraging to see the innovative approaches many in Birmingham are taking and the results they are having.

“So let us continue to work collectively – the police, local government, schools, colleges, court, parents, carers and families – for the sake of our young people.”