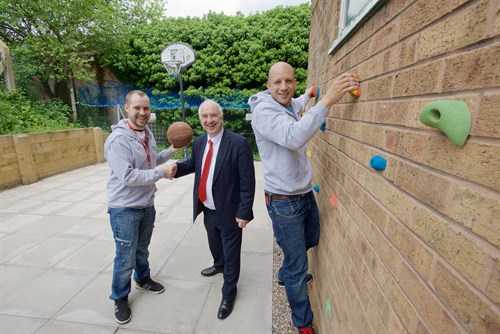 A derelict patch of land at a youth centre has been transformed into a sports area and chill-out zone thanks to the West Midlands Police and Crime Commissioner.

Phase Trust, which was set up by church and community leaders in 1999 to support local young people, used the money to clear the derelict land and transform it into a sports area and place for the youngsters to relax and enjoy the outdoors.

West Midlands Police and Crime Commissioner David Jamieson said: “The money was given to the youth centre via the Proceeds of Crime Act, which means criminals’ ill-gotten gains are used for something good. I would urge anyone with a similar idea or existing community cause to apply for such funding, which is now named the Active Citizens fund.

“Phase Trust is a wonderful project run by some truly inspirational people and it was great to see everyone making the most of the improvements. The sports area looks fantastic and I hope the young people enjoy it for many years to come.”

Tim Davies, Phase Trust Head of Community Outreach, added: “Before we got the funding, the land outside wasn’t a true representation of the youth centre we have inside.

“Now, the space is no longer wasted and has its own identity, it also provides a much better first impression. It’s safer for the young people throughout the week and provides a proper entrance to the youth centre.

“It’s made a massive difference to what we do. Some people who maybe struggle to engage with the activities inside can now go outside and chill for a bit or engage in a different sporting activity. Also by creating a new outside space we have more capacity to grow as a youth charity and for the Hub youth club on a Friday night.

“The young people love it because it offers more range of sporting activities for them to do each week. It’s also really good in the summer for them to hang out with each other somewhere where it is light and cooler than being inside all night.

“I would definitely encourage others to go for funding.”

Active Citizens will involve nearly £1 million of criminals’ cash. Over the next few months, local police commanders will be talking to community members to involve them in the decision-making process. There will also be information events within the community.

Phase Trust is based at Owen House, Little Cornbow, Halesowen. 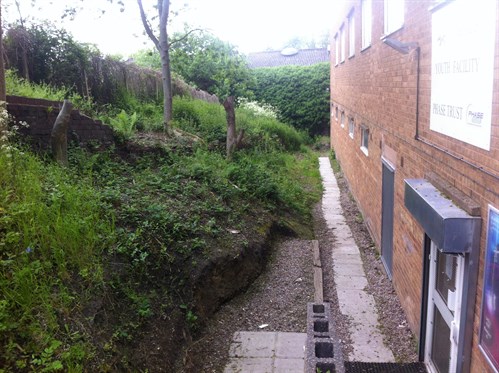 How the land looked before