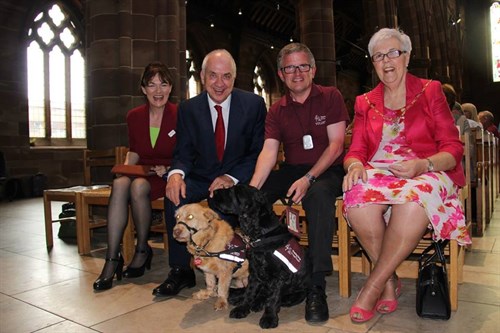 Hosted at St Martin’s Church in central Birmingham, the PCC was told how Hearing Dogs for Deaf People train clever dogs to help deaf people with their everyday tasks. Their job is to recognise simple souds that many people take for granted like the doorbell, an alarm clock or danger signal like the fire alarm. Being aware of these, thanks to a hearing dog, makes a real difference to the lives of their owners.

Importantly, the clever canines do much more than alert their owners to sounds; deafness can be a very isolating disability.

“From meeting some of the owners at the event it was touching to hear how a dog can give someone a newfound sense of independence and confidence when they have a loyal companion and a true friend by their side.”