Chief Constable Chris Sims has announced that he be will be retiring from West Midlands Police. Police and Crime Commissioner David Jamieson will now begin the process to choose the next Chief Constable. 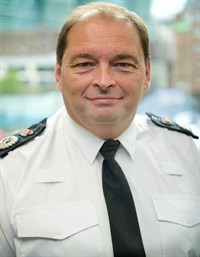 “Chris Sims is an outstanding Chief Constable who has served the West Midlands with distinction and given over thirty years of devoted service as an Officer. I wish him all the best for the future.

“Today is about thanking a dedicated public servant, but is also the start of a process to select a new Chief Constable to carry on Chris Sims’ excellent work and guide the force through the next era of policing. Over the coming weeks I shall set out a timeline for how I will choose the next Chief Constable of West Midlands Police.

“Chris Sims will not be leaving the force until early next year, though we hope to have a Chief Constable selected before then to work with him and myself through the transition period.”

“Chris Sims has been a first rate Chief Constable who has served the West Midlands diligently since 2009. I wish him all the best in the next chapter of his life and thank him for all he has done for the West Midlands.

“Chris Sims has been an inspirational, innovative and independent force for good for policing. He is one of, if not the best Chief Constable in the country and I wish him well with his future endeavours.”