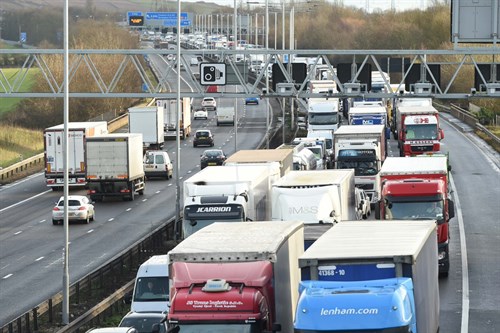 West Midlands Police and Crime Commissioner David Jamieson is holding a follow-up hearing into motorway delays to see how much progress has been made against recommendations he made earlier this year.

The hearing will be held on December 20. It will also be webcast live.

The original hearing on March 18th followed the 24-hour closure of the M6 following a fatal crash on February 4th.

In response to widespread public concern, David Jamieson called an initial hearing to examine the multi-agency response after the crash. The hearing was not asked to look into the circumstances of the incident, which tragically led to the loss of a life, nor to apportion blame, but to examine:

The follow-up hearing will be to review the progress made since March.

West Midlands Police and Crime Commissioner David Jamieson said:  “Delays like we saw on February 4th following a fatal crash on the M6 cost the economy in the West Midlands millions of pounds, with people and goods not able to get to where they were needed. Ultimately those delays cost money, jobs and inconvenienced people. They also potentially impact on public safety. That is why I called a public hearing and for the first time made Highways England locally answer in public, along with the police and councils.

“I am now holding a follow-up hearing to ensure that progress is made on the recommendations I published in March.

“The recommendations made previously will become even more important with HS2 construction starting soon and the associated building projects that will criss-cross the motorway network.

“The people of the West Midlands need a motorway system that is safe, efficient and reliable – this hearing aims to help achieve that goal.

“I took the findings from the first public hearing to the government and will raise the findings from this meeting with ministers again. It is only right that when incidents happen they are dealt with as quickly as possible so that the motorway network can get up and running again.”

The 11 recommendations following the initial public hearing were: