Police and Crime Commissioner warning 20 years on from 9/11: ‘Terror threat in UK far from over’ 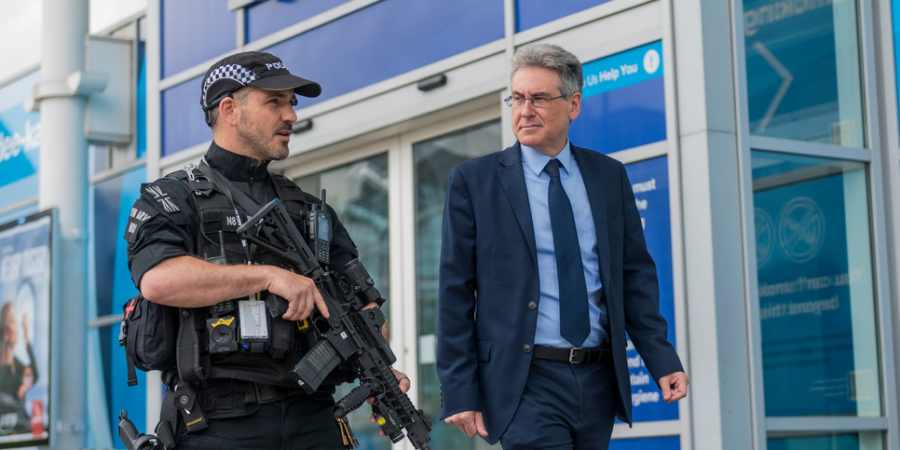 On the 20 year anniversary of the 9/11 terror attack in the U.S., the West Midlands Police and Crime Commissioner has issued a new warning about the continued threat faced in the UK from terrorism.

Simon Foster, who chairs the National Counter Terrorism Strategic Board, is reminding people that despite two decades passing since 9/11 the threat from terror remains very real and the public must remain vigilant.

The Board is made up of Chief Constables, Home Office officials, terrorism experts and fellow Police and Crime Commissioners.

Since the attacks on the Twin Towers and the Pentagon 20 years ago dozens of people from the West Midlands have been arrested in connection with terror related offences.

The police budget dedicated to counter terrorism in the West Midlands is £60 million.

Mr Foster is also reminding people that the threat of terror is now much broader than it once was, with a very real threat from far-right extremism as well as Islamist extremist attacks.

Speaking on the day of the anniversary of 9/11 Mr Foster said: “This day, 20 years ago shook the United States and, indeed, the entire world. It changed our lives forever.

“My thoughts are first and foremost with the family and friends of those who lost their lives in the attacks and I would like to remind people of the sacrifice made by many US emergency service personnel who ran towards danger whilst others fled.

“I’m sad to say that the terror threat in the UK is far from over and whilst we haven’t, thankfully, faced a major terror attack in the West Midlands, like our friends in Manchester and London, we must all remain vigilant and report anything suspicious.

“Counter Terror Police in the region are working around the clock to keep us all safe and my gratitude and thanks are with those brave men and women for the work they do.”