On April 1st Police and Crime Commissioner David Jamieson will take over responsibility for Victims’ Services in the West Midlands. It is expected that 30,000 people who have been assessed as being vulnerable or at risk, will be helped by the new service over the next 12 months, with a budget of over £2 million.

The Police and Crime Commissioner will take on responsibility for supporting victims from the Ministry of Justice who previously commissioned services on a national basis.

West Midlands Police and Crime Commissioner David Jamieson has welcomed taking responsibility for Victims’ Services as it will mean that he is able to take advantage of local knowledge to make sure that the best possible service is delivered. That responsibility includes the first contact, assessment and referral service which will be delivered by Victim Support.  When a crime has been reported, officers will ask victims if they want support to deal with the trauma of what has happened and if they do, they will be referred to Victim Support for further services.  In addition, the Police and Crime Commissioner will take on responsibility for providing specialist services for victims of crimes such as domestic and sexual abuse.

The new service will be available to all victims, whether they have reported a crime or not, including victims of historic incidents. At risk or vulnerable people will be prioritised by the service. 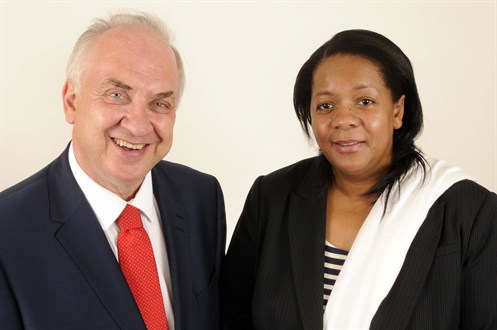 “I welcome taking responsibility for Victims’ Services in the West Midlands. This means that people will receive a service that is geared towards local and individual needs.

“I am proud that in the West Midlands we are taking a lead and have brought in experts from across the region to make sure that the services that we provide for victims of crime are of the highest quality.

“Becoming a victim of crime can be a life-changing event. It is crucial that we support victims and make them our top priority.”

“I am proud to say that we are making particular progress in the support of female victims of crime. One in ten police officers are engaged in personal protection, with the unit expanding from 300 to 800 officers over recent years.

“Furthermore, the PCC has made supporting women affected by hidden crimes a key priority of the Victims Commission.”