The Minister of State for Policing and Fire Services has officially opened the new Lloyd House.

The Birmingham building has been the force’s headquarters since 1974. Previously, it was the workplace for 800 staff and officers. As a result of the refurbishment the building is now home to 1,500 staff. In the process, it has cut down on expensive city centre rental costs – saving £3 million a year.

Lloyd House is already up and running and fully-occupied. 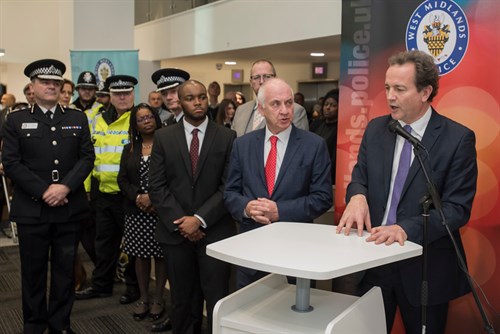 As well as the Policing Minister, local young people from West Midlands schools will also be part of the ceremony to officially open the force’s Headquarters.

The West Midlands Police and Crime Commissioner David Jamieson said: “This building is saving us money by cutting our rental bill by £3 million and reducing running costs, as well as being a more efficient place for staff and officers to work.

“I am delighted that the Policing Minister is joining myself and the Chief Constable to officially re-open Lloyd House.

“As well as saving the force money year on year, the refurbishment of this building supported local tradesmen and apprentices.”

Chief Constable, Dave Thompson, said: “The modernisation of Lloyd House formed part of our estates review in 2015 which looked to save £7.5-million of public money annually by streamlining our forcewide property portfolio and making our buildings more efficient.

“Lloyd House has been transformed almost beyond recognition and has been brought right up to date; it now has modern, open-plan work spaces which encourage interaction and are a pleasure to work in. Lloyd House is a brilliant example of how we’ve invested to save money in the long term.”

“Officers and staff in the West Midlands do an excellent job keeping our communities safe and this refurbishment will not only save money, but will also mean they will have an improved working environment to carry out their vital duties.” 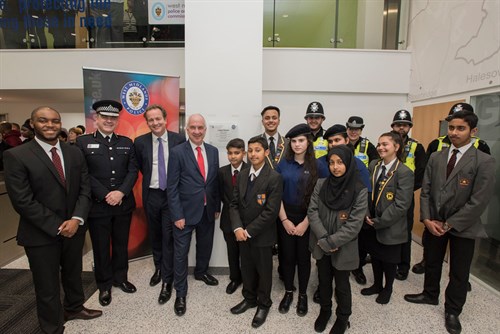