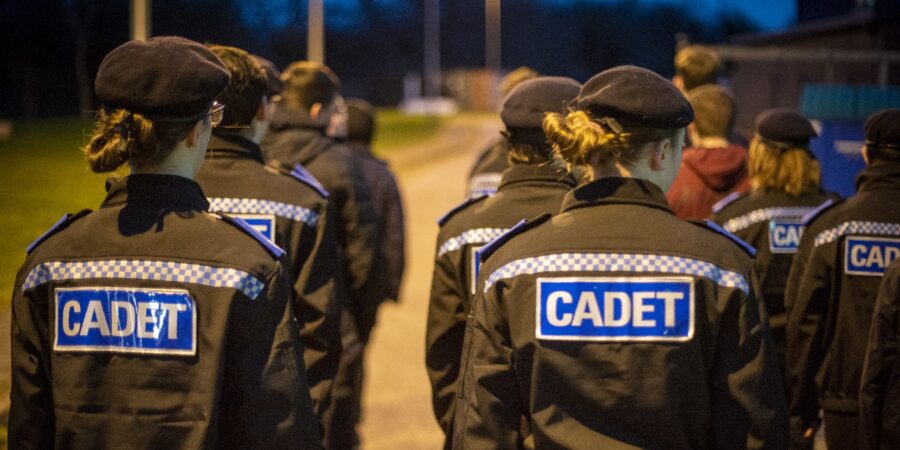 There are now more than 400 police cadets in the West Midlands with that number set to grow to 500 by May.

The Police and Crime Commissioner began the voluntary scheme in late 2017. It has proved so popular that it has grown rapidly since its launch and now has 15 cadet units.

The cadets are all aged under 18 and take part in activities, outside of school, which are designed to help them grow in confidence and develop their skills. They have had drill training, which teaches discipline and teamwork as well as helping providing crime prevention to their community.

They have also been a part of the key priorities of the Force. Many units have trawled local parks with officers to get weapons off the streets.

The Units are spread across all 7 local authority areas in the region, and are mostly based in schools.

Now, the programme is on target to reach 500 cadets in May, and it is likely to grow further.

The West Midlands Police and Crime Commissioner, David Jamieson said: “I launched the cadets in 2017 having promised it to the public in my manifesto.

“Since we developed the police cadets, we have seen a high level of demand with young people coming forward to sign up. That is why the scheme is continuing to grow and we will soon have 500 cadets.”

Some of the cadets may go on to become police officers. However, it is just as important for the Force to help break down any perceived barriers there are between the police and young people.

Each unit is led by volunteer cadet leaders. The cadets follow a curriculum set by the national body, Volunteer Police Cadets, alongside force-specific talks, visits. The cadets have deployed at events such as Remembrance Day and Birmingham Pride.

Sam Booth, Citizens in Policing Manager, said: “We already have some really amazing cadet leaders who volunteer their time and make a real difference.

“Now we want to expand. There’s some exciting events planned in Coventry especially for its year as City of Culture and this will give our cadets and cadet leaders a fantastic opportunity to become a part of the city’s history.

“We’re looking for applicants from all backgrounds, especially those who are passionate and want to make a positive difference to their community.”