Praise for police after rescuing children aged 2 and 4 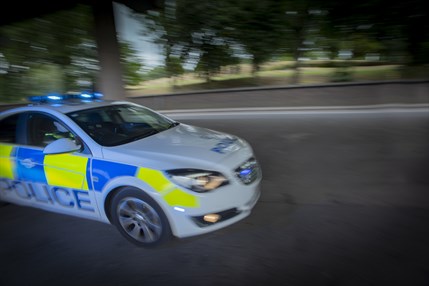 Below is a statement from the West Midlands Police and Crime Commissioner.

It follows the speedy arrest of two teenage boys after a car was stolen with the owner’s two children still inside.

The full story can be found here.

David Jamieson, the West Midlands Police and Crime Commissioner, said: “To be able to find and stop this stolen vehicle, which still had the owner’s two young children inside, in under 15 minutes is testament to the speed and professionalism of West Midlands Police.

“With the lives of a 4 and a 2 year old in danger the force wasted no time in scrambling a range of highly skilled officers, including armed police and the helicopter team.

“It was this speed and determination which potentially saved the lives of the two children in the back of that vehicle and led to the arrest of the two 15 year olds.

“I’d like to congratulate and thank our hard working officers for their heroic efforts. They work 24/7 to keep us all safe and thankfully this story has a happy ending.

“I wish the family well.”