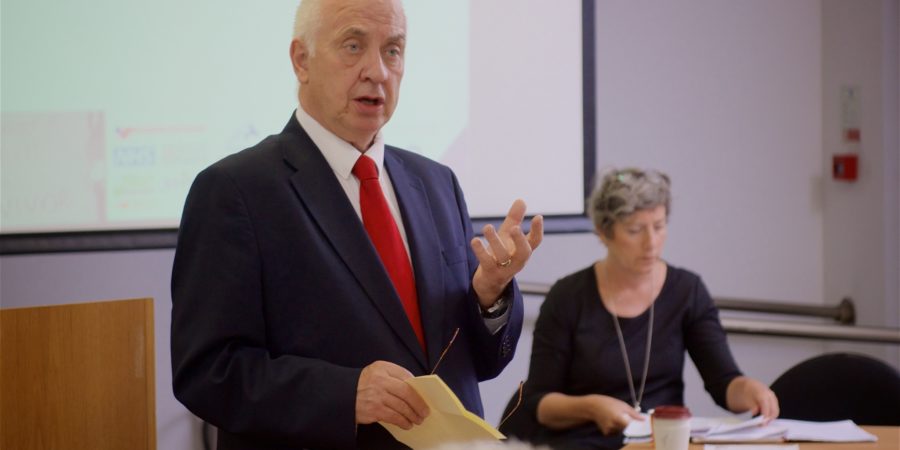 West Midlands Rail users will be given the opportunity to publically talk about their concerns about personal safety, as well as their experiences and frustrations in regard to the poor quality service provision by West Midlands Trains, Network Rail and other rail providers during a public hearing at Lloyd House, Birmingham, at 1.30pm on Friday 21st February 2020.

Having received nearly 1,500 messages of complaint, the West Midlands Police and Crime Commissioner David Jamieson, and the Leader of Birmingham City Council and the Transport spokesperson for the West Midlands Combined Authority, Councillor Ian Ward, say they are thankful to the rail travelling public for the way they have positively responded to the call for evidence into the ongoing West Midlands rail chaos.

As well as hearing from the public and vulnerable passengers groups, The Commissioner, The Leader and other members of the panel will also receive presentations from Transport for West Midlands and Rail Future West Midlands Branch.

Rail companies have sent their evidence in advance and where possible, these will be presented publically as evidence to the meeting on Friday.

“With nearly 1,500 rail users responding to our request for evidence, both Councillor Ian Ward and I are absolutely amazed by the public response to this meeting. It is extremely disappointing that a meeting like this has had to be held in the first place, however public safety is paramount. It is clear judging by the emails, letters and calls from the public who are providing all types of evidence regarding their fears over personal safety, their frustrations and concerns about service provision, that there is a genuine need for a meeting like this. We have to try to find a way of overcoming the chaos on our railways and ensuring the safety and wellbeing of rail users.”

The Leader of Birmingham City Council and the Transport spokesperson for the West Midlands Combined Authority, Councillor Ian Ward, said:

“I’m keen to hear the experiences of rail passengers across the region, because the trains have a key role to play if we are going to encourage people out of their cars and onto public transport. The stark reality is that motorists will not make the switch if they face constant delays and overcrowding.

“The recent confirmation that HS2 will go ahead means additional capacity on the local rail network and it is absolutely vital for Birmingham and the West Midlands has a reliable rail service to reap the full rewards.”