Quick-thinking youngster up for Police and Crime Commissioner award 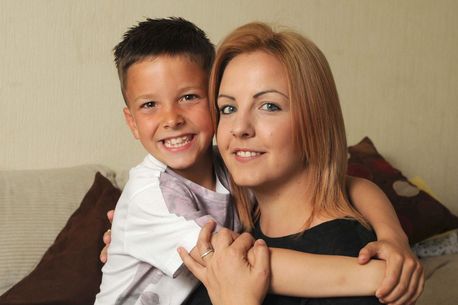 A quick-thinking six-year-old who raced into action after his pregnant mother collapsed at home has been nominated for the PCC’s Outstanding Young Citizen award.

Harvey-Leigh Greenwood, from Rubery, Birmingham, managed to call for immediate help after memorising his grandma’s number. He also made sure his little sister Kayah was OK until help arrived.

The Holywell Primary pupil is now in the running for a PCC Outstanding Citizens award at The REP in Birmingham on July 13.

His mother Ellie, aged 28, said: “I completely blacked out, and Harvey came into the kitchen and found me.

“He gave Kayah the iPad to keep her occupied, then tried to talk to me. He tried to call his Dad Chris from my phone, but when that didn’t work he went to the house phone.

“He knows my mum’s number off by heart – he’s really clever. He told her that ‘Mummy was meant to be making milkshakes but she was sleeping’ and he couldn’t wake her up. The next thing I remember is Chris walking through the door, and my mum sitting by my side.”

Ellie later visited her doctor and discovered she was suffering which a liver condition called cholestasis, which can increase the risk of stillbirth.

She said the whole family were delighted with the PCC nomination.

She said: “When we got the letter through saying that Harvey had been nominated I burst into fits of hysterics. We were completely shocked. We are so proud for him to be nominated.”

“Harvey-Leigh’s quick-thinking actions ensured his mother got the help she required as soon as possible – well done, Harvey-Leigh.”