Recognition for Birmingham woman who supplied families with food, clothes and cots during lockdown 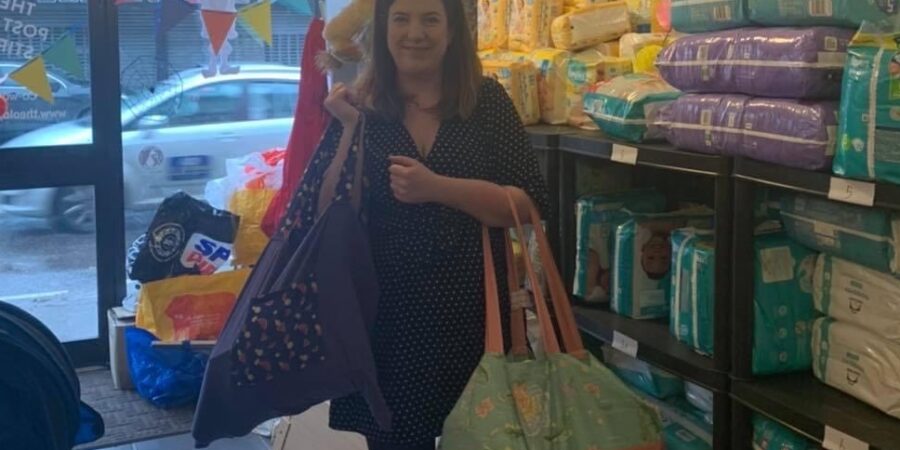 A woman from Birmingham who helped supply families with scarce essentials like nappies, clothes and toiletries during lockdown is up for an award.

Nicky Brennan from Sparkhill has been shortlisted for the Police and Crime Commissioner’s Volunteer Hero Award.

It’s after she set up the charity Baby Aid to ensure no family went without after realising that panic buying and stockpiling was leading to a shortage of supplies in the shops.

Baby Aid began operating from Nicky’s house, but after growing significantly during the pandemic has moved into its own premises. Baby Aid now has 20 volunteers on its books and helps around 250 children per month.

Despite Baby Aid being originally set up to help local families, her generosity expanded nationally.

“Knowing that children are not going hungry and that mums are being supported has been the highlight for me. I have been in a similar position myself and I understand how tough it can be without that support.”

“I had my first child at 16 and was not living near to my family. My neighbours were the ones that helped me and this and installed in me my sense of community.”

Having previously worked in Domestic Abuse services Nicky has always been passionate about women’s empowerment and protecting women.

Nicky has lived in Birmingham for 31 years and became a councillor for Sparkhill Ward in 2018. Nicky described the reason she wanted to become a councillor as “a way to give a voice to women in politics who often don’t have one.”

David Jamieson, the Police and Crime Commissioner, stated: “Baby Aid is a valuable service which Nicky and her volunteers should feel very proud of.

“The support they have offered has provided help to some of the most vulnerable mothers and children who were being adversely affected by the effects of the pandemic.”

The other nominees for Volunteer Hero Award are Daniel Gibbin, Abrar Ahmed and Ann and Richard Kopczewsky.

You can watch the awards here: https://www.ourevent.tv/oca21