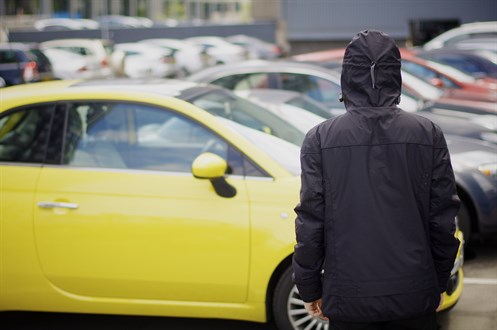 Alfa Romeos, Fords, Abarths, Land Rovers and Range Rovers are the most likely cars to be stolen in the West Midlands, according to newly published police data.

The stats, which show the number of cars stolen for every thousand registered in the region, are being released by the West Midlands Police and Crime Commissioner, Simon Foster.

Staggeringly, West Midlands Police data suggests nearly 1 in 10 Abarths, registered in our region, were stolen in 2021 suggesting thieves are targeting these vehicles. Whilst for every 1,000 Alfa Romeos, Fords, Range Rovers and Land Rovers, 15 were pinched.

The publication of the statistics by the PCC comes as car crime in our area jumped by more than a third in the last year alone and nearly quadrupled since 2015.

Police believe the majority of thefts are carried out by criminals who have found ways of getting around the onboard electronic security systems. This can involve copying digital keys, boosting a car fob signal to trick the car into opening its doors and starting its engine or using electronic devices to stop a car from locking in the first place.

Many of the cars being stolen are taken to illegal garages, otherwise known as chop-shops, where they are cut up and sold for parts on the black market.

It is a matter of serious concern that much of the technology used to steal a car can now be bought online.

The PCC is echoing West Midlands Police’s recommendations to drivers that they should use a steering wheel lock, faraday pouch and ensure the car is locked when parked.

West Midlands Police have been prioritising car crime recently. It’s resulted in over 100 illegal garages, nicknamed chop-shops, shut down by officers and hundreds of stolen cars returned to their owners since the start of 2022.

“Cars are sometimes being stolen in less than a minute as people sleep at night and this is completely unacceptable.

“Demand for stolen cars and stolen car parts has boomed in recent months as the value of second-hand cars rocket thanks, in part, to a global shortage of semiconductors.

“West Midlands Police have prioritised car crime and are going after the organised criminals who are profiting from the thefts, but we also need manufacturers to look again at onboard car security features to ensure they are a top priority and fit for purpose. The prevention of crime is always better than having to deal with the consequences of crime.”