The headteacher of a Tividale primary school has been nominated for West Midland Outstanding Citizen of the Year Award for her work to improve relations between the local community and the police.

Emma Burnell, the head of Tividale Community Primary School, has been singled out for praise for creating a programme to tackle negative perceptions about policing in the local community.

The programme brings children, police, local businesses and parents into contact with each other to discuss challenges facing their community.

The neighbourhood police team have reported positive changes in community relations as a result of the programme. 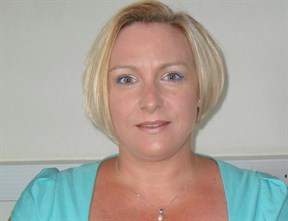 “I’m surprised and slightly humbled to be nominated. But I feel privileged to be representing the work of everyone involved. We are all working in partnership to do our job, which is ultimately to help ensure children succeed and progress academically. But we know that we need to support our pupils in becoming good citizens too and to be able to make well-informed decisions about their lifestyle choices. That’s why our work to improve community relations, and raise self-esteem and aspirations is so important.

“By our children working closely with the local policing team, we’re helping them to recognise that there’s a person behind the police uniform and that they’re on our streets to keep us safe, prevent crime and to help us.

“As the work has progressed, police officers say they have noticed a change, and that they feel like they’re seen as more approachable in the community. By working initially with the children, the officers are able to develop relationships with them and, in turn, their wider families, raising public confidence in the local policing team.”

“Pupils and parents really have their faith and their trust in their schools and in their headteachers and teachers. It’s so great to learn about the brilliant programme at Tividale Community Primary School that Mrs Burnell is organisng with the local neighbourhood policing team.

“It’s so important for community cohesion that we all understand the work that police officers are doing and support them to keep our communities safe. It’s fitting that Emma has been nominated for the Outstanding Citizens Award.”