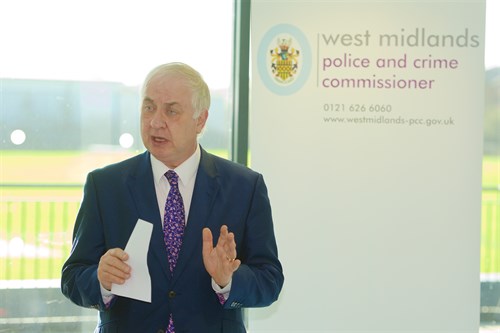 West Midlands Police and Crime Commissioner David Jamieson has called on the public to follow rules after the announcement of new rules to tackle the spread of COVID 19. The PCC has also raised with the Policing Minister his concerns that last minute u turns are making the job of the police harder.

“The virus poses a huge threat and the public should follow the law and government guidance, by doing so we will get back to normality quicker.

“The NPCC is rightly working on national guidance for police forces, to support them at this difficult time. West Midlands Police has taken a common sense approach so far and will continue to do so.

“Using the resources available and a proportionate response the force will ensure that the rules are followed and people are kept safe.

“I have raised with the Minister that the job of the police is being made infinitely more difficult by the chaotic handling of the crisis by the Prime Minister Boris Johnson.

“Advice to act early has been ignored, only for a last minute u turn to follow.

“The police are being left in the middle of a very difficult situation as a result.

“Our emergency services and the people of the West Midlands deserve better.“