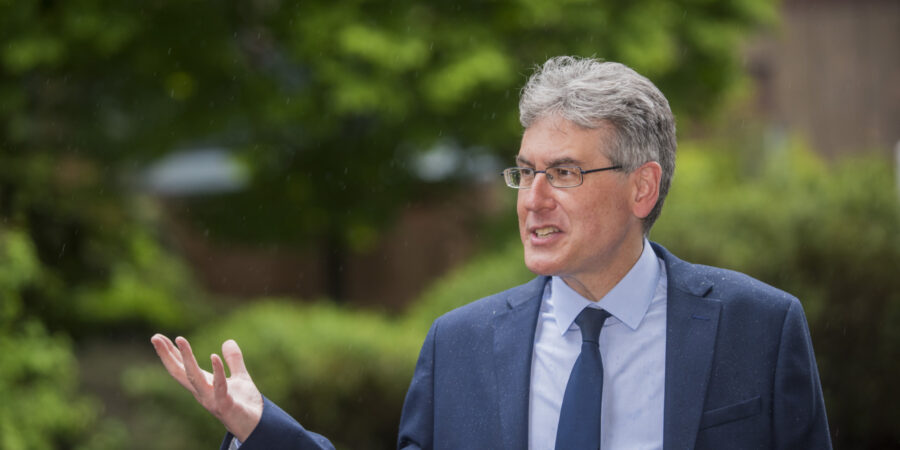 On the anniversary of George Floyd’s murder the Police and Crime Commissioner says officers will increasingly be recruited from every community in the West Midlands in order to build trust and confidence with the people it serves.

Simon Foster, who was elected earlier this month, is determined that the force becomes representative of the people and communities of the region.

George Floyd was murdered last year by a US police officer who knelt on his neck for more than 9 minutes, igniting protests and revulsion around the world.

The PCC has committed to uphold the target set by his predecessor, David Jamieson, to recruit 1,000 officers from under-represented groups by 2023.

Mr Foster says he will also be looking closely at West Midlands Police’s use of force and stop and search powers to ensure they are being applied lawfully, fairly and proportionately.

He stressed that panels made up of members of the public are the best way to do this job. The panels will continue to have access to body worn video and police data which members scrutinise carefully.

It is this combination of measures, combined with continual training for officers, which will allow the force to be respected equally by all.

“I am determined that we do far more to build trust and confidence with all of the people and communities in the West Midlands,” said Simon Foster, the West Midlands Police and Crime Commissioner.

“But we’ll only make progress if we change the way we do things.

“It is essential for trust and confidence that we have a police service that is representative of the people and communities it serves.