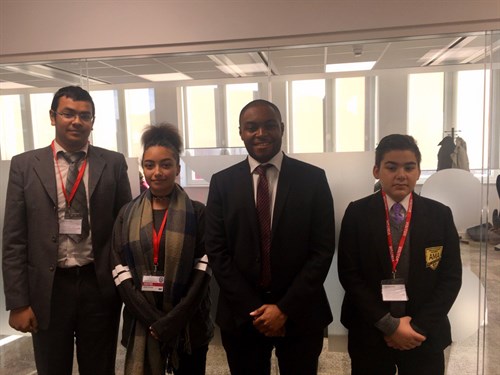 Daleks, dogs and disasters, three Birmingham students experienced it all when they stepped into the shoes of the West Midlands Police and Crime Commissioner for the day.

Tony, who attends Aston Manor Academy, Mohammed, who goes to Holte School, and Emily, from Braodway Academy, had a jam-packed schedule.

When they weren’t managing a major roads crisis, briefing staff officers on a burning issue, or hosting a Local Police Unit visit, they were out in the field to inspect the Police Dogs Unit’s new pups.

Our young PCCs even met with an important dignitary from another world: a Doctor Who Dalek while visiting the BBC studies in The Mailbox ahead of a filming of The Sunday Politics with the Commissioner.

“Engaging them is the first step towards building a better tomorrow and schemes like this show what bright stars we have.”

Assistant Police and Crime Commissioner Ashley Bertie added: “I spent the day with Tony, Emily and Mohammed and was blown away by their enthusiasm and fresh perspective.

“They were truly impressive and I have no doubt that they are they will achieve great things in the future.

“We would like to thank Aston Manor Academy, Holte School and Broadway Academy for supporting this initiative.” 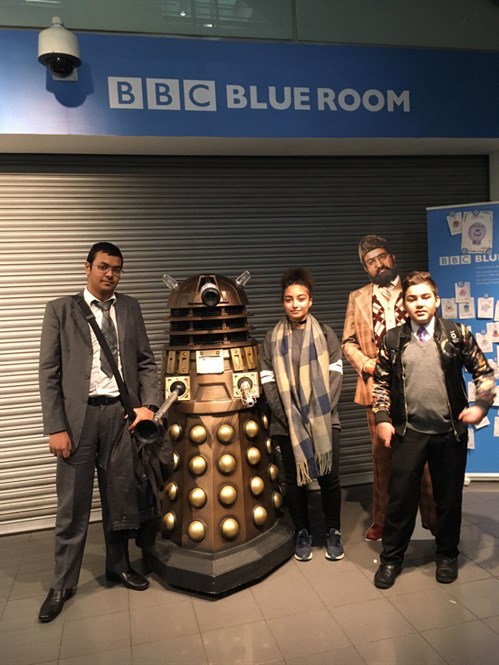