Thousands of vehicles seized during WMP crackdown on uninsured drivers

More than 12,000 vehicles were seized by West Midlands Police in just 12 months as part of a crackdown on uninsured and unlicensed drivers.

The motors – which included a high-value Lamborghini Huracan and Bentley Continental – were pulled off the road between April 2016 and March this year after drivers were caught breaking the law. 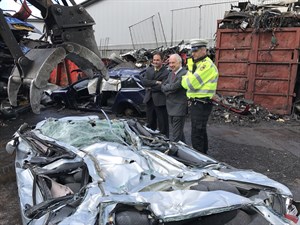 Vehicles which are seized for not being insured can be crushed or sold off at auction if the owner doesn’t obtain and provide the necessary documents to police within seven days.

Those caught driving without insurance face being hit with between six to eight points on their licence, a £300 fixed penalty notice or substantial fine if the matter is pursued through the courts.

Around 95 per cent of the 12,296 vehicles seized across the West Midlands during the last year were for not being insured; with 68 per cent being scrapped or auctioned off. The Lamborghini and Bentley were returned to hire and finances companies.

Superintendent Dean Hatton, from Central Motorway Police Group, said: “Driving an uninsured vehicle is a criminal offence and the public quite rightly expects us to enforce the legislation.

“We do this in partnership with other organisations such as the DVLA and Motor Insurers’ Bureau (MIB).

“We are also trying to educate the public around the risks and consequences they face of not being insured.

“We want to get across a clear message that not being insured to drive is unacceptable, illegal and unfair on those who properly insure their vehicles” 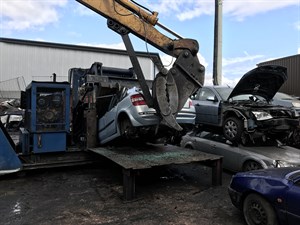 Each number plate image is fed into a computer system which can check the details of the vehicles against various databases, including the Police National Computer (PNC) and information held by the DVLA and MIB.

More than £750,000 has been raised through the auction and scrapping of vehicles over the last four years – with cash re-invested into policing initiatives.

West Midlands Police and Crime Commissioner David Jamieson said: “I introduced police powers to seize and destroy uninsured vehicles as a road safety minister back in 2004. This was in answer to the menace of uninsured drivers, who are often in untaxed and unsafe vehicles.

“I know that the vast majority of law-abiding motorists will welcome this action by West Midlands Police as they are sick of paying the price for uninsured drivers.”