David Jamieson and Yvonne Mosquito pay tribute to the West Midlands first Police and Crime Commissioner, Bob Jones, a year on from his tragic and untimely death.

Bob was the first Police and Crime Commissioner for the West Midlands, elected on November 15 2012 and served in the role until his untimely death on July 1 2014.

Bob was a dedicated public servant and inspired all those around him. 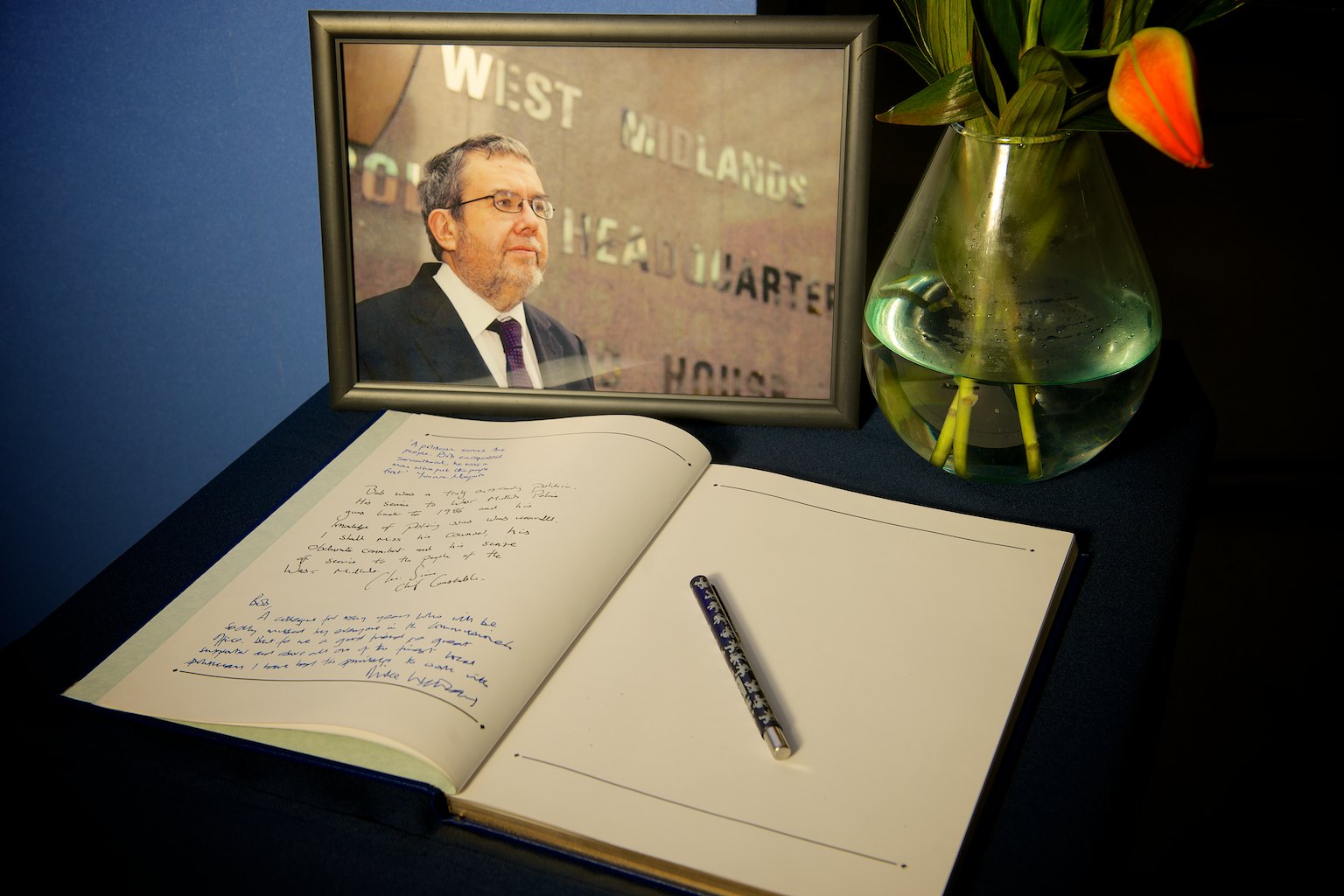 “Bob was a brilliant public servant and is sorely missed. He was a man of the people who inspired warmth and affection in all he met.

“His death was a huge loss to the police family. Bob Jones was respected across the political spectrum for his service and huge contribution to policing.”

“Bob was a dear friend and an excellent public servant. His commitment to policing and helping those in need was remarkable.

“He wasn’t just a friend but a mentor as well. One of things that made Bob one of a kind was how generous he was with his time. No task was too large, complex or difficult. He was a man of great principles, but crucially a great listener too. He never lost touch with the people he sought to serve.”

He was born and bred in Wolverhampton and he never lived more than a mile from where he was born, except when studying for his degree in Nottingham (BA (Hons) Public Administration).

Bob served as a non-executive director of the Black Country Cluster PCT Boards and chaired various other local community organisations and trusts.

In 2010 Bob was awarded the CBE for “services to policing”.

In his spare time he was also a passionate supporter of the Campaign for Real Ale.