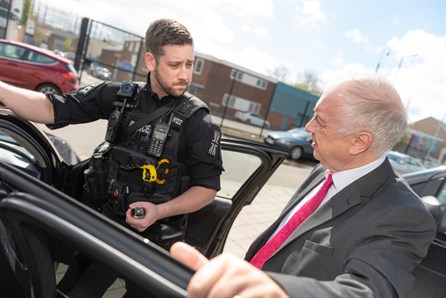 The West Midlands Police and Crime Commissioner says lending officers to other forces around the country to help deal with large security operations is having a major impact on policing in our region.

West Midlands Police is being asked to send a significant number of officers, many for 3 days, to the South East of England during President Trump’s visit to the UK next week. Around 1000 rest days have had to be cancelled. Cancelling leave will ensure there are enough officers available for the Presidential visit, whilst also ensuring the West Midlands is policed appropriately.

It’s thought Mr Trump will meet with both the Prime Minister and the Queen for what is being described as a ‘working visit’.

He is expected to arrive in London on Friday 13th July.

The real problem though emerges after the visit. At that point hard working officers must be given days off to rest. This puts huge pressure on the force for weeks, if not months.

The Home Office has said it will pay the salaries of officers involved in the operation, on the days they were involved. But the government are powerless to solve the problem of a shortage of available police whilst rest days are taken. It means policing any major event outside the region has a big knock on effect on policing in the months that follow it.

The problem is exacerbated because since 2010 the force has shrunk by 2100 officers thanks to cuts of over £145 million.

Making matters worse, the summer period is the time when crime peaks thanks to the long light evenings and school holidays.

The West Midlands Police and Crime Commissioner, David Jamieson, said: “I am extremely worried that our force is being put under a significant amount of pressure by being asked to help with national events, like President Trump’s visit.

“It is right that world leaders are able to safely visit the UK. The problem is that cuts have left the force with no capacity. It means when it is asked to help it has a hugely negative impact on policing in our area as officers rightly take days off to recover.

“Not so long ago the force had 2100 more officers which meant we had the capacity to manage when called on to police national events. Sadly cuts mean the thin blue line is thinner than ever.”

The visit to the UK by President Trump is thought to be triggering the biggest police mobilisation ever: surpassing even the 2011 riots.