The West Midlands Police and Crime Commissioner David Jamieson is looking to recruit volunteers to spend time behind bars.

Every week of the year, day and night, a group of people spend time in police cells across the West Midlands.

However, these people have done nothing wrong; they haven’t been arrested – in fact they volunteer to go there of their own accord.

These are the custody visitors; a team of local people, made up of a wide range of ages and backgrounds, who ensure that those in police custody are being treated properly and fairly. 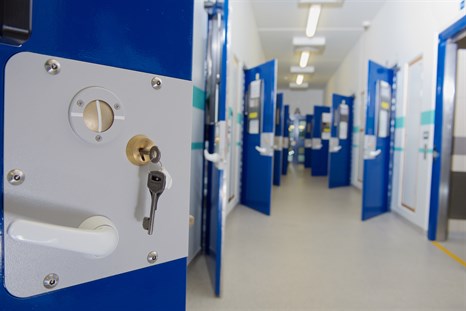 The scheme is running strong, but more volunteers are particularly required for custody suites in Wolverhampton, Oldbury, Perry Barr and Coventry. The PCC is kick-starting a recruitment drive for volunteers to help in those areas.

West Midlands PCC David Jamieson said: “Custody visiting is very much an unsung community service which safeguards both the detainee and the police.

“It’s also a highly responsible and privileged role, in that very few members of the public have access to the custody blocks.

“Thanks to our dedicated group of custody visitors, the public can have the reassurance that the force is upholding the high standards we expect from them.”

The scheme was introduced after the Brixton riots of 1981, with the aim of increasing public confidence in the police, providing transparency into what happens in police stations and making sure that suspects’ treatment is appropriate.

To qualify as a custody visitor, volunteers should be over 18-years-old, of good character and have no police or legal links. They also need to be able to make independent observations and also have spare time, as volunteers are asked to commit to one visit, which last about two hours on average, every month.

Once trained, the volunteers – who are unpaid but are able to claim reasonable expenses for travel, visit police custody suites unannounced and in pairs.

Each year more than 80 volunteers make over 2,500 visits to detainees.

To volunteer to be an Independent Custody Visitor click here.