Week to go to have your say on policing 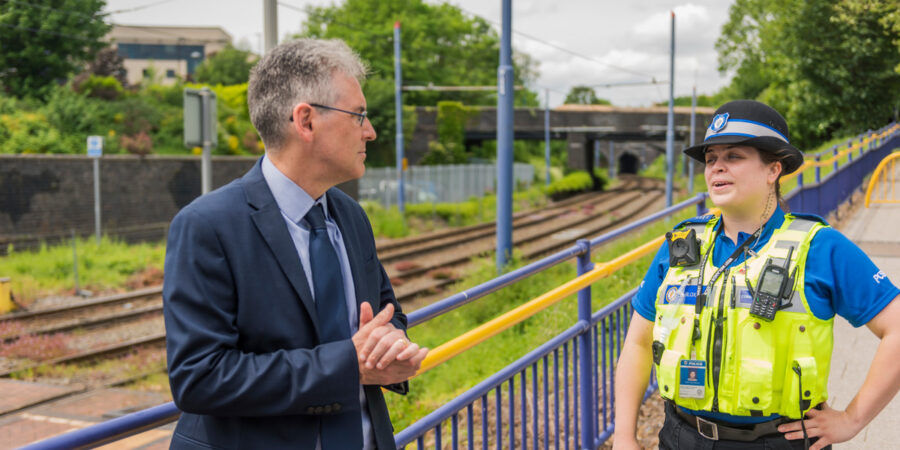 There’s just a week to go for people to share their views on the policing priorities for the West Midlands.

More than 4,000 people across the West Midlands have already had their voices heard by responding to Police and Crime Commissioner’s consultation which he is using to shape his Police and Crime Plan.

Simon Foster has been consulting the people of the West Midlands since taking up the office of PCC on 13 May 2021.

The PCC wants to hear what people’s priorities are, what crimes they are most concerned about and their views on the way the police is funded.

Simon Foster has already committed to rebuilding community policing by recruiting more police officers and deploying them to local communities across the region.

He also wants to tackle knife crime and violence against women and girls, including domestic abuse. But his Police and Crime Plan will set out a much wider range of policy objectives which is why he wants to hear the views of the public before writing it.

The final part of the consultation is running until the 14th September 2021 with all people in the West Midlands invited to have their say.

The West Midlands Police and Crime Commissioner, Simon Foster said: “It’s great so many people have come forward to share their views on policing in our region.

“It is something that matters to us all and having the input of the public is vital to ensuring that West Midlands Police responds to the needs, priorities and objectives of the people and communities of the region.

“I said I wanted to be a people and communities PCC, which is why I’ve been out and about encouraging people and organisations I’ve been meeting with to share their views too.

“With not long left to go, I would urge everybody to have their say and to share the consultation with their friends, families and colleagues.”

The consultation can be accessed here and is also available in other formats.