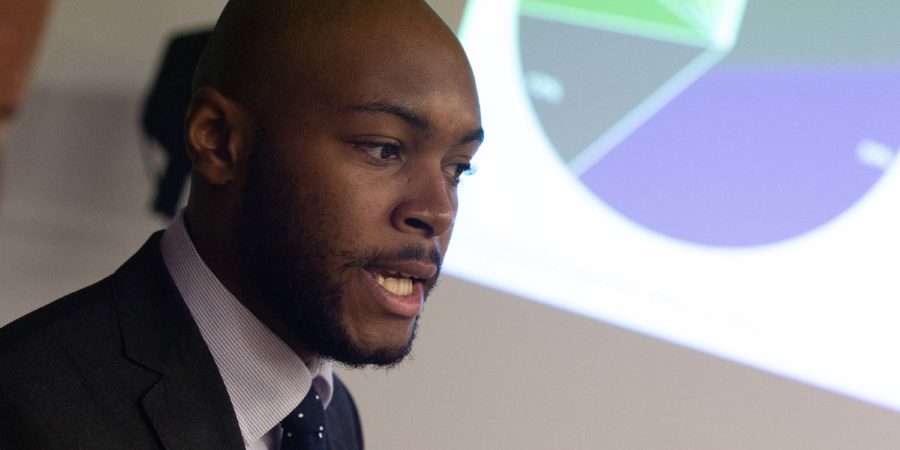 West Midlands Deputy Police and Crime Commissioner, Ashley Bertie, was in Manchester to address delegates attending the Night-time Economy Conference. Here, he gave examples about how the eight recommendations, published by the West Midlands Police and Crime Commissioner in 2018 have been implemented through a partnership approach to raise awareness and reduce the risk of harm to people who go out and enjoy the night-life, but may be tempted to use drugs.

The night-time economy is a term used to describe a wide range of activities from a trip to a night club to a trip to the theatre or a restaurant. Night-time economies are a vital part of towns and cities economies and are the fifth biggest industry in the UK, estimated at bringing in £60bn to the UK economy every year.

The conference held at the Shipping House Conference Centre in Manchester, was attended by local businesses based in the north-west, police and local councils including licensing committees who together, discussed how they can work to ensure and maintain the prosperous night-time economies.

The Deputy Police and Crime Commissioner spoke about a selection of direct measures taken by West Midlands Police to reduce the risk of harm from drugs including:

“We are lucky that we have so many clubs, pubs and bars in the West Midlands which provide people with a place to relax and socialise. That’s why we have been working extremely hard in cooperation with our partners in the NHS, local authorities, mental health services and criminal justice agencies, to reduce harm from drugs and alcohol dependence and thereby ensuring the wellbeing and safety of local people who are enjoying the benefits of the night-time economy. I’m pleased our measures were very well received by my fellow delegates and that I had an opportunity to learn and pass on their experiences to my own colleagues as well.”