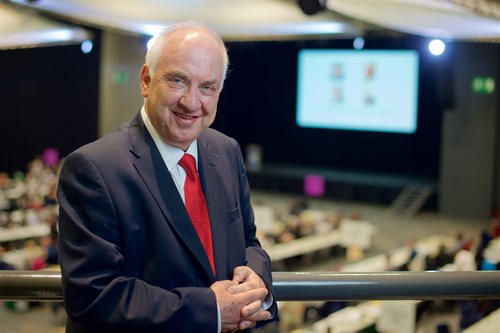 From police officers to community campaigners, the great and the good of the West Midlands were honoured by the Queen.

Among those given gongs was West Midlands Police Pc Joseph Cahill, who was awarded an MBE for services to the community in Birmingham and for his role as Chair of Governors at Broadway Academy in Perry Barr.

Marcia Shakespeare – the mother of 17-year-old Letisha, who was killed in a drive-by shooting in Birmingham in 2003 – was also given an MBE. Marcia is now a passionate anti-gun, gang and knife campaigner and was honoured for her services to law and order. She runs the Precious Lives charity, which is supported by the PCC, to deliver educational and inspirational speeches to more than 10,000 schoolchildren.

Walsall’s Karen Ross, whose teenage daughter Rosie was stabbed to death while she was out shopping in Birmingham in 2001, was also given an MBE for services to charity and reducing knife crime among young people in Walsall. Karen established the charity Rosie’s Helping Hands with her husband Sean and has since raised more than £450,000.

Political figures from the West Midlands to be honoured include Neena Gill, MEP for the West Midlands, who got a CBE for parliamentary and political service and Councillor Bob Sleigh, leader of Solihull Council who received the OBE for services to local government.

West Midlands Police and Crime Commissioner David Jamieson said: “Congratulations to all those who received honours. There are so many hardworking and inspirational people here in the West Midlands and it is wonderful to see them get the recognition they deserve.

“I cannot think of a better way to the start the new year than celebrating those people who work tirelessly to make our communities stronger and safer.”