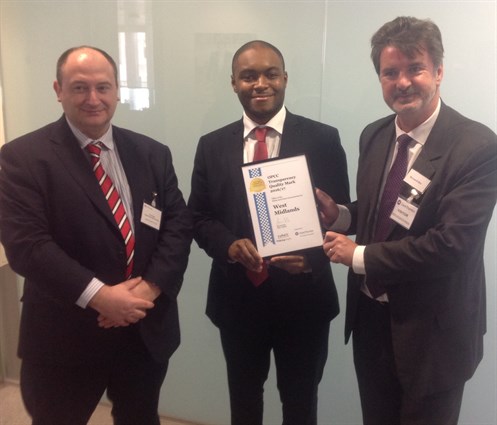 West Midlands Police and Crime Commissioner has been presented with an award for its transparency.

CoPaCC – the independent body that monitors police governance –  presented the office with an OPCC Transparency Quality Mark, meaning it hits a high standard in having accessible information for the public.

The West Midlands office was one of only 13 PCCs nationwide to pick up the quality mark.

“It is vital that the public has access to the information we handle in the office and it’s great to pick up this award.”

West Midlands Chief Executive Jonathan Jardine said: “It’s an honour to receive this award and be recognised for all our hard work in delivering high standards in public life.

“As the public expects and the law requires, we work to make sure our information is available and accessible.”

The awards were presented in London alongside a number of speeches from key speakers, including Richard Thomas from the Committee on Standards in Public Life.