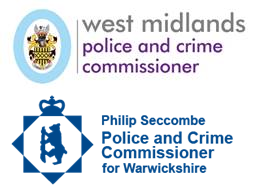 West Midlands Police and Crime Commissioner has agreed to deliver a range of services for Warwickshire Police.

Philip Seccombe, Police and Crime Commissioner for Warwickshire, said: “The Chief Constable of Warwickshire and I have evaluated all of our options, looking in detail at other providers of services and it is clear to us that West Midlands has the best solution with the investment that has been made in delivering effective services.  They are a well-led, crime fighting force that has showcased the way in which cutting-edge technology can deliver major efficiencies resulting in a more effective service to the public.

“This agreement represents a real opportunity for Warwickshire to take advantage of the best in class services delivered by West Midlands Police and is an important part of our programme to deliver a sustainable future for Warwickshire Police.

“In addition, I am keen to move forward with discussions on the collaboration opportunities on roads policing to improve safety on our motorways and key route network, as I have made reducing the numbers of casualties on our roads one of my key priorities.”

David Jamieson, Police and Crime Commissioner for the West Midlands, said: “I look forward to assisting Warwickshire in the delivery of the services as part of this agreement. This will be delivered at no detriment to the policing delivered in the West Midlands and Warwickshire will pay for all services received. It would be a real benefit to roads policing, both locally and nationally if Warwickshire join the Central Motorway Policing Group.

“By agreeing this deal, West Midlands Police has ensured that Warwickshire Police is now sustainable.”

After reaching this agreement, David Jamieson and Philip Seccombe have instructed their forces to carry out further work in order to reach a formal decision point in the coming weeks.