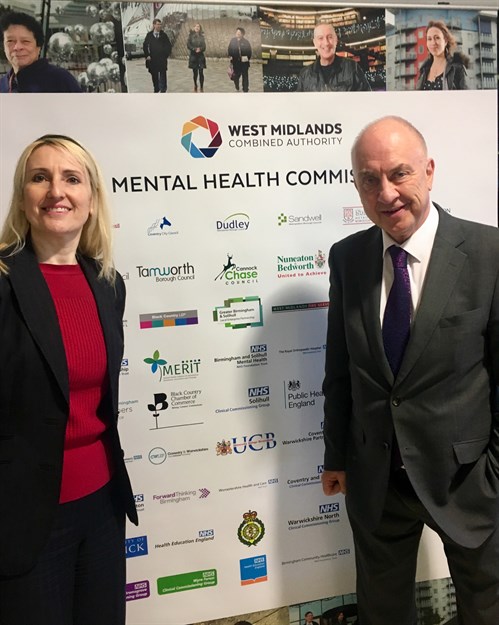 The Commissioner has invested £250,000 into the commission and approved the two-year secondment of Supt Sean Russell from West Midlands Police to be its Implementation Director.

Thrive West Midlands sets out a series of ambitious actions and pledges the commission has produced with the aim of changing lives in the region. Copies can be downloaded here. There is a focus on early intervention, decent housing, helping people into work and off benefits and keeping people out of the criminal justice system.

West Midlands Police and Crime Commissioner David Jamieson said: “There is a large number of people in prison and the criminal justice system who have mental health problems and my role is to reduce that number – after all, a police cell is the most inappropriate place for someone struggling with their mental health.

“A lot of good work has already been done but there is lots more work, especially joint work between different partners and agencies, to do.

“We cannot expect the police to deal with the ongoing treatment of people with mental health problems but what they should be doing is recognising where people have a problem and then making sure they get the proper attention – Thrive West Midlands will help us achieve that.”

The launch was held at the home of Warwickshire Cricket Club in Edgbaston and chaired by Norman Lamp MP, who thanked the PCC for his financial contribution and ongoing support.

“Instead we have come up with concrete actions that people have signed up to and I think it is brilliant that the West Midlands has taken the enlightened decision to do this.

“I want this to be the start of a journey for the West Midlands. The moral and the economic case for acting is unanswerable and the work we plan to develop would be internationally significant.

“The West Midlands will be part of a global network of leading cities and city regions which are doing major projects on mental health – this will be something this region can be very proud of.”

The action plan is informed by recommendations from people with personal experience of mental health issues as well as top level academic research.

Supt Russell will manage delivery of the action plan that aims to make a huge difference to West Midlands’ people with mental health problems by reducing the impact of mental ill health, building happy, thriving communities and supporting those who experience mental ill health. 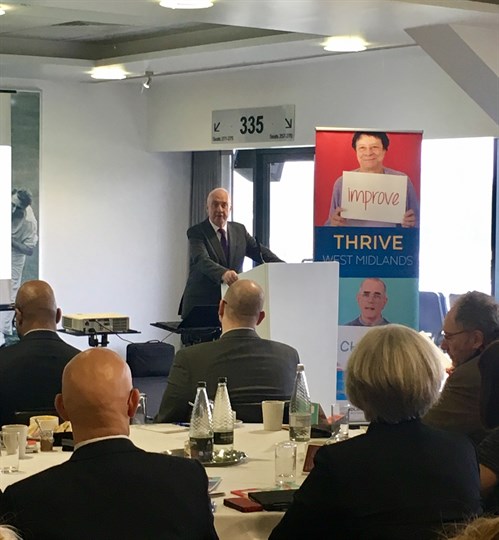 The Commissioner delivering a speech at the launch event