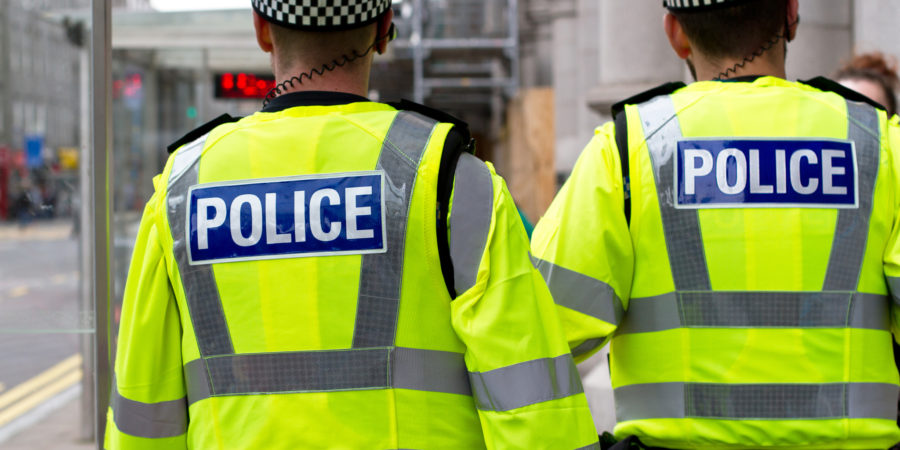 Police and Crime Commissioner David Jamieson has called on the government to give West Midlands Police its fair share of the 20,000 police officers announced by the government.

According to the most recent Home Office figures, West Midlands Police has lost 2,131 officers since 2010. David Jamieson has called for all of them to be returned.

“When Boris Johnson and Priti Patel visited the West Midlands to announce their pledge of more officers they will have heard about the strains on our force and the increased levels of complex and violent crimes we face compared to rural areas. It therefore makes sense that we should receive funding to reverse the loss in officers we have faced. That funding should not disproportionately go to rural areas with lower crime levels.

“I am also worried that the government has made no mention of PCSO or police staff numbers.

“PCSOs and police staff are an integral part of the police family, without whom police officers would be unsupported. From answering emergency 999 calls to forensics, staff play a crucial part in policing and need to be in the government’s plans.”


The PCC’s letter to the Prime Minister and Home Secretary:

Firstly, may I congratulate you on your appointment to your new role and I hope that you enjoyed your trip to the West Midlands, especially meeting some of our excellent new student officers who are dedicated to serving their communities and keeping us safe. You will have heard about the strains and complex challenges that West Midlands Police face. I am also writing a similar letter to the Home Secretary.

The West Midlands is a thriving region with a lot going on. We are looking forward to the Commonwealth Games in 2022 as well as Coventry being the UK City of Culture. Birmingham, the youngest city in Europe, is an excellent place for those of all ages and backgrounds to live, work and study. Every day I enjoy the rich cultural diversity of our region and all the many talents that brings.

However, being a major urban centre comes with many its challenges. West Midlands Police is running some of the biggest policing operations in the country. From the work of the Organised Crime and Counter Terrorism Units to the enormous amount of work being done to tackle serious violence. Each year, West Midlands Police is seeing its calls for service rise, whilst continuing to see resources fall. Outside of London nowhere faces greater levels of threat than ourselves.

Since 2010, we have lost 2,131 police officers and hundreds of support staff. We have seen violent crime soar, an 85% increase in knife crime and serious acquisitive crime such as vehicle theft and burglary climb sharply.

I welcome the announcement of an additional 20,000 police officers for England and Wales. However, whilst this will only replace what has been lost nationally since 2010 – it is nonetheless a vital increase to the effort to fight and prevent crime.

I am concerned that, under the current police force grant formula, West Midlands Police may not receive its fair share of these additional resources which we so desperately need to tackle violent crime, burglary, drug offences and the crimes which the public need the police to get on top of quickly. We receive 6% of the police force funding grant, if this is the mechanism for distributing officer numbers, West Midlands Police will receive 1,200. This is 931 short of the number we have lost. Part of the reason for our disproportionate loss of police officers is due to our reliance on government grant and low ability to raise precept in comparison to well off police force areas.

The increased levels of complex and difficult crimes that urban areas such as the West Midlands face compared to more rural areas makes perfectly the case as to why we should receive the funding which will reverse the loss in officers we have faced. That funding should not disproportionately go to the areas with much lower levels of crime but which are more favourably treated due to an outdated formula.

I am also concerned that details have yet to be presented on if there will be an uplift in PCSO and police staff numbers as well. They are an integral part of the police family, without whom police officers would not be able to do their job. They answer the 999 calls, undertake forensic investigations and provide a full package of support to officers. They also need to be part of the government’s plans. PCSOs and police staff are an essential part of the service. We simply could not function without them.

I would welcome reassurances that staff and PCSOs are part of your plans and also that West Midlands Police will receive funding for the same number of officers that we have lost.

I look forward to hearing from you.