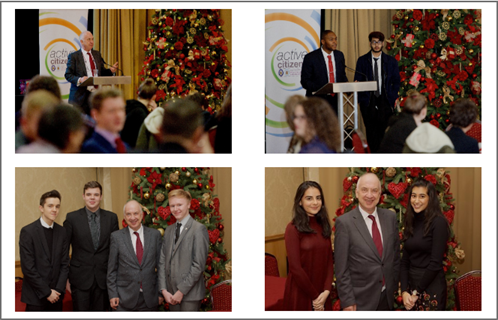 The summit focused on young people and the issues that matter to them, including safer travel, internet safety, digital policing and the dangers of sexting.

Brand new Youth Commissioners – who are the voices of their peers when it comes to matters of policing and crime in the region – were also welcomed to their roles.

West Midlands Police and Crime Commissioner David Jamieson said: “The West Midlands is one of the youngest regions in Europe and it’s vital that we listen to and learn from the younger members of our society.

“This was a night that showcased campaigns and strategies for young people, by young people.

“All those who took part were truly inspirational and their work was educational and engaging. My office will now work closely with the Youth Commissioners to put things into practise.”

“Young people and the issues that affect them are a top priority in the new Police and Crime Plan and it is extremely important that we work alongside them to tackle problems they are facing.”

The new Youth Commissioners are: