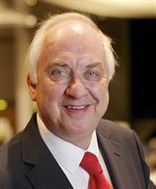 “This report shows the progress we have made over the last year and many of the key issues that we have been working on, on behalf of the people of the West Midlands.

“Last year sadly also saw the passing of Bob Jones, the West Midlands’ first PCC. He was much respected, and I am pleased that I have been able to pay tribute to him in this report.”

Copies of the report will also be sent to libraries in the seven boroughs of the West Midlands.