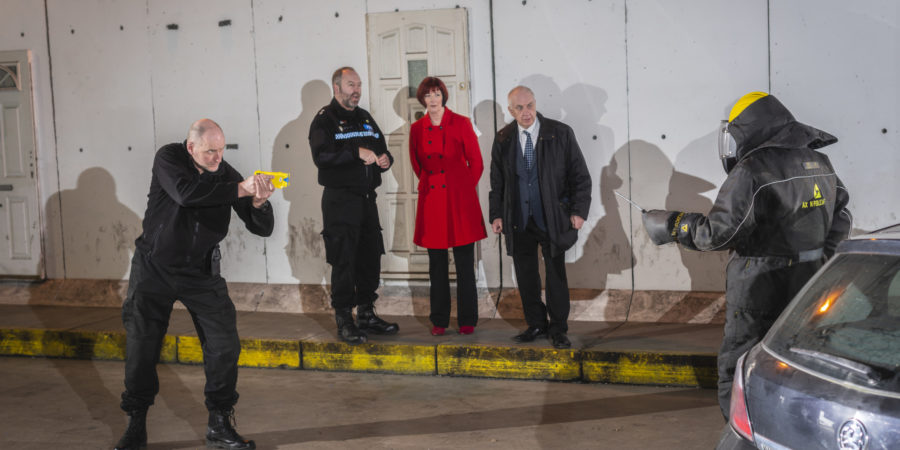 West Midlands Police is rolling out the latest Taser technology as part of its drive to further protect the public and officers.

More cops from across a range of departments are being trained to use the more modern X2 device.

The improved double-shot Tasers are capable of firing twice before requiring a reload; offering greater protection for officers using the device to keep people safe from harm.

It is part of a £3 million project which will see the number of Taser officers increase to 1,441 by early next year – a rise from 643 within three years.

There are around 1,000 cops who are now fully trained in not only how, but when, to use the devices.

Police and Crime Commissioner David Jamieson added: “I have invested to increase the number of officers at West Midlands Police who carry and are trained to use Tasers.

“This increase in the number of officers carrying Tasers will help protect officers and the public against growing threats faced, while not undermining the long standing British tradition of unarmed policing.

“Scrutiny of Taser usage is vital. We will ensure the footage recorded by body worn cameras during Taser incidents is monitored closely by panels made up of members of the public.

“We will maintain close oversight of Taser usage to ensure it is used proportionately and fairly.”

Chief Superintendent Steve Graham, who is head of response and leading the X2 rollout, said: “A great deal of time, training and financial investment has gone into this project and will see a range of officers, from response to neighbourhood teams, able to use the devices.

“I would like to thank all those who have volunteered to train as Taser officers.

“This is not about making us an armed police force but equipping them with better protection for not only themselves but the wider public.

“A Taser is only used when necessary but with higher levels of violence we need to do all we can to maintain safety.”