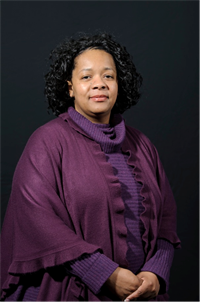 West Midlands Police today joined a ground-breaking new scheme which sees details of police stops and searches mapped online. Deputy Police and Crime Commissioner Cllr Yvonne Mosquito has welcomed the publication of stop and search data as a “step in the right direction.”

The force is one of 14 which launched the stop and search mapping scheme on www.police.uk today. The initiative allows the public to see exactly where this important power is used and what the outcome of every stop and search is.

It means for the first time people in the West Midlands force area can see details like the ethnicity and the age range of those who are stopped and searched.

The Home Office committed last year to using geo-mapping technology to make stop and search more transparent than ever before, to bring greater accountability to how forces are using stop and search and to improve the way officers use the sensitive power.

In December, West Midlands Police joined the Government’s Best Use of Stop and Search scheme (BUSS), which restricts the use of Section 60 “no suspicion” powers, gives members of the public the opportunity to observe stop and search in practice and introduced a community complaints trigger, ensuring that complaints are properly monitored and scrutinised. West Midlands is committed through the scheme to reduce the overall use of stop and search and have more intelligence-led stop and searches.

“We’ve introduced new training for officers, set-up local oversight committees, and developed an electronic recording system that gives us accurate, up-to-date information about how, when, why and where stop and search powers are used.  In the West Midlands we are proud to have pioneered many of the initiatives that later became part of the national Best Use of Stop and Search Scheme. We have lead the way on this important issue. It is crucial that the public continue to have high levels of confidence in the police and this publication is an important way of achieving that.

“The use of stop and search by the police is a well-known source of tension. That is why we will continue to work hard to make these powers even more transparent and ensure that they are used fairly.

“We are proud to be in the first wave of Police Forces to publish the details and locations of stop and searches on the national police.uk website.

“This is a step in the right direction towards greater transparency and accountability.  I also want to see police.uk include demographic and crime ‘heat map’ data so people can see whether stop and search is used proportionately and appropriately to address crime issues in their communities. We believe that this information is so key to proper accountability that we stand ready now to pilot its inclusion on police.uk’.

“We will also soon be making it possible for people who have been stopped and searched to access the record of their search online – instead of having to visit a police station – so they can check that the record is accurate and give us feedback on their experience.  With more feedback, we can make sure the powers are used effectively and fairly.”

“Mapping the use of stop and search online gives the public and the police a better understanding of how and where these sensitive powers are actually being used.

“I’m delighted that West Midlands Police is participating so people in the force area can view where stop and searches are taking place.

“This scheme is a significant step forward in the Government’s commitment to increasing transparency and is the first time stop and search data has been presented in this way.

“This Government’s reforms to make stop and search more intelligence-led and accountable are working and the number of stop and searches has fallen by a quarter since I became Home Secretary. But we cannot be complacent and must ensure that the public can hold the police to account for their use of these powers.

“Stop and search powers are vital in the fight against crime when used correctly. However, they must be applied fairly and only when needed – and in a way that builds community confidence rather than undermining it.”