The West Midlands Violence Prevention Alliance is being launched with a conference on Friday, 26 June, at the Birmingham Rep Theatre.

The event will see the publication of a joint report from Public Health England and West Midlands Police that examines the available evidence on violence in this area.

Attendees will also be asked to sign up to the World Health Organization’s violence prevention principles and to pledge their support to adapting their services to help prevent violence.

A joint police and PHE team will work with organisations such as councils, hospitals and charities to help them to provide services that will prevent violence, using best practice and evidence of where violence takes place.

A new injury surveillance system is being set up in PHE to provide information about violent injuries to the joint team.

A similar initiative in Cardiff saw violence related injuries at A&E drop 40% between 2002 and 2007.

David Jamieson, West Midlands Police and Crime Commissioner, said: “Over the last five years there have been nearly 50,000 A&E attendances following assaults in the region and nearly half of victims were aged between 10 and 24.

“Violence blights the lives of too many people, by working together across the public sector and targeting the root cause we can make the West Midlands a safer place to live and work in.” 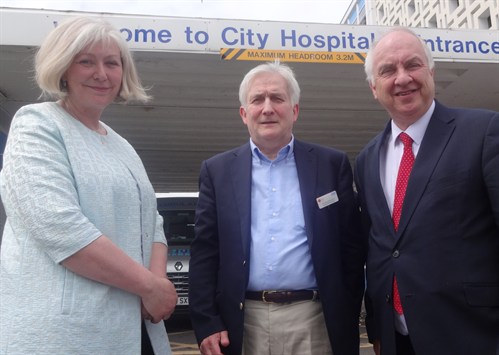 “Violence is a public health issue. Living without the fear of violence is a fundamental requirement for health and wellbeing.

“We can prevent violence by taking co-ordinated action where we know it will have the greatest effect.”

David Thompson, West Midlands Police Deputy Chief Constable, said: “We are committed to tackling violence in our communities, not just when it becomes a critical issue, but where the potential for harm is identified.

“We cannot do this alone. The West Midlands Violence Prevention Alliance underlines our commitment to working in partnership with other agencies to keep our communities safe and prevent them from harm.”

“Tens of thousands of people are affected by violence each year in our area and of course the effects can be life changing. By working together across police, schools, health and other sectors we will be able to reduce the pain and long-term harm that comes from being a victim of violence.”