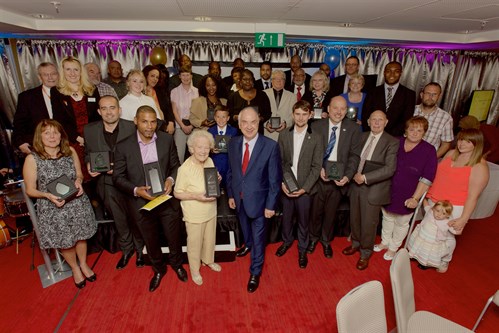 Community heroes from across the West Midlands were honoured in the Police and Crime Commissioner’s Outstanding Citizens Awards.

The biggest award of the night – Outstanding Act of Good Citizenship – went to courageous Coventry carpenter Mark Watts, who saved a man’s life as he was being attacked with a knife at the side of the road.

Mark said: “It was the biggest surprise. It was just so nice to win the special award – I can’t believe it. I think I’m still in shock.”

Thrilled Mary said: “I’m on top of the world. I am absolutely delighted.”

Outstanding Young Citizen went to 15-year-old Millie Dee from West Bromwich, who chased a burglar from her home as she protected her little sister.

She said: “It was a real surprise to win but it’s great. I can’t believe it.”

The sportsman said: “It’s fantastic – I’m delighted. It will give the lads in the gym a real lift. It’s a fantastic achievement for us. Boxing isn’t always portrayed in the best light but awards like this help us show the good side of the sport – the discipline, the self esteem and the camaraderie.”

Long-serving custody visitor volunteers were also honoured at the event for their vital public service in ensuring those in police cells are being treated correctly.

The heart-warming awards ceremony was held on July 13 at The REP in Birmingham.

Mr Jamieson said: “It was a truly inspirational evening.

“There is no word for these people other than ‘heroes’. It was wonderful to meet to all the nominees and winners and hear about their miraculous stories of bravery, selflessness and triumph over adversity.

“I’d like to offer my sincere congratulations and thanks to all the nominees and winners – they are a true credit to the West Midlands.”

There were a number of runners-up on the night.

Wolverhampton Street Pastors and Stourbridge’s The What? Centre volunteering team were runners-up for Outstanding Community Project, while six-year-old lifesaver Harvey-Leigh Greenwood from Rubery was second in Outstanding Young Citizen.

Mentor and counsellor Jon Mansell from Halesowen was runner-up in the Outstanding Citizen category, as was mother and daughter team Becki Peach and Hannah Matthews from Willenhall, Walsall, for saving a man’s life as he threatened to jump from a motorway bridge. 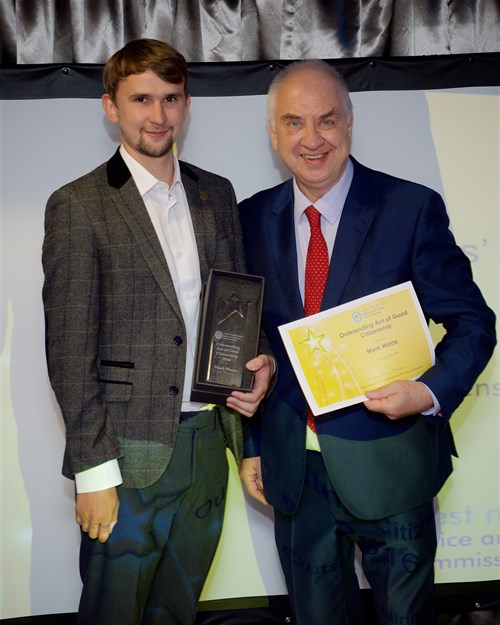 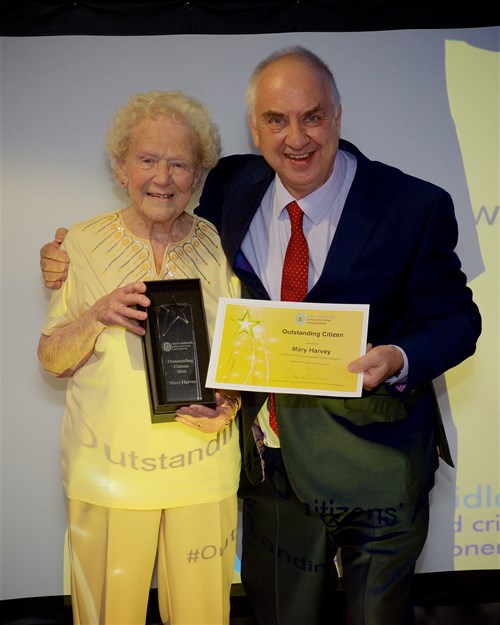 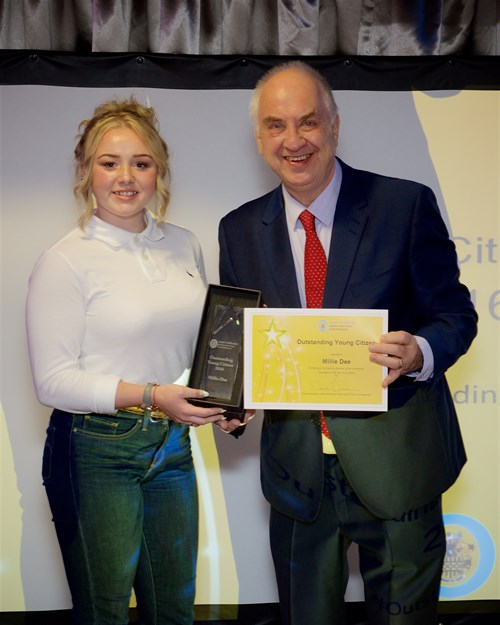 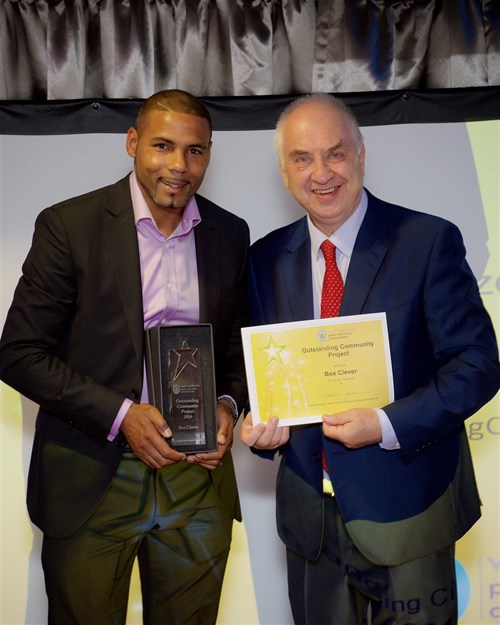 Photographs from the Outstanding Citizens Awards evening can be viewed and downloaded onto a personal computer from here. An up-to-date web browser, such as Google Chrome, is required. To download a photograph, click on a thumbnail so you are viewing a large singe image. Click on the download button (underscored downward arrow) located at the bottom right of the browser window.