A group of seven young apprentices have beaten off competition from more than 100 other applicants to land a prestigious one year business contract with West Midlands Police.

The new recruits, aged between 17 and 29, will be based in the force’s main administration office in central Birmingham and will be sharpening their business studies skills over the next twelve months.

The new initiative supports the West Midlands Police and Crime Commissioner’s drive to support the local economy by procuring, investing and recruiting locally.

The apprenticeship scheme, in conjunction with South and City College, Birmingham, will see the apprentices studying towards a NVQ Level 2 in Business Administration, whilst receiving on the job training in a variety of business roles including human resources, finance and customer service.

West Midlands Police and Crime Commissioner, David Jamieson, commented: “The calibre as well as the sheer number of candidates who applied for a place on the new apprentice scheme, was simply staggering.

“West Midlands Police is a £550 million business in its own right and has pledged to support the local economy by procuring, investing and recruiting locally to support the community it serves.

“I’m proud that the force is able to give these young people a step up on the ladder to career success, by helping them to improve skills that will benefit the wider West Midlands economy.  Equally, they are bringing enthusiasm, passion and fresh ideas to challenge the status quo in the workplace which is always a good thing, so it’s very much a win, win for all concerned.” 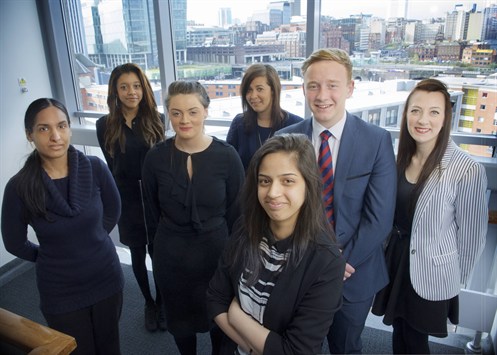